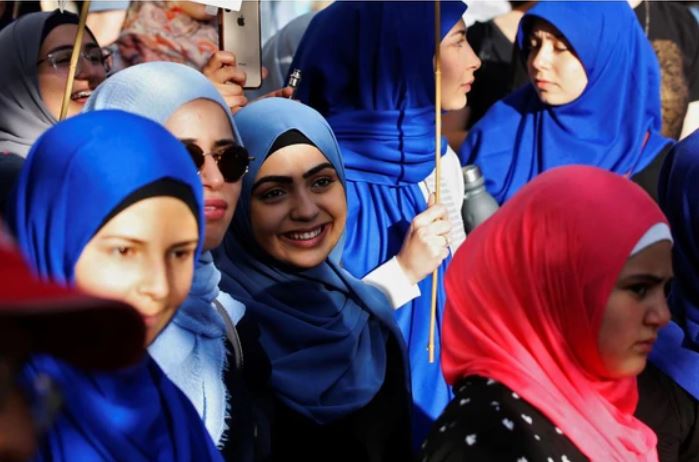 As COVID-19 rolls back many gains for gender equality, women have carried the brunt of the current crisis. Canada’s economic and social recovery plan must include empowering us.

This year’s International Women’s Day is an occasion with special urgency. Activists around the world are pressing for everyone to #ChooseToChallenge the status quo by becoming more alert to gender discrimination.

But let’s remember: Today’s challenges have been lived by women, particularly Black women and other women of colour, for decades. Every woman and girl who ever dared to stand up has chosen to challenge.

As a Black Muslim woman, I have been a voice for change particularly at the intersection of racism, sexism and Islamophobia. But I’m just one example, as we’ve all had experiences that forced us to choose to challenge, whether it’s standing up to a bully or campaigning against discriminatory policies.

UN Women announced this year’s IWD theme as “Women in leadership: Achieving an equal future in a COVID-19 world.” The Canadian government has also called for celebrating the contributions of women and girls, while renewing discussions about the importance of gender equality in Canada and around the world.

There’s no better time to challenge such realities, as COVID-19 rolls back many gains for gender equality. From layoffs, to lack of child care, to the rise of domestic violence, women have carried the brunt of our current crisis. Canada’s economic and social recovery plan must include empowering women.

Fights like these have inspired me for the past 20 years. After surviving the civil war in Somalia, I committed myself to helping immigrant women and girls in Canada and abroad.

I’ve conducted research at home and abroad on the plight of Somali women, who continue to be at the forefront of choosing to challenge their often extraordinary circumstances of war and migration. In 2011, I co-founded the Somali Women’s Circle Network (SWCN) to include Somali women’s perspectives when it comes to principles of inclusion, good governance, justice and education. The organization has helped dissolve barriers faced by Somali women, particularly when it comes to seizing more positions of leadership.

We must choose to challenge by choosing to act. This is especially important for our youth, who fight an uphill battle against practices that often excludes their voices.

We must choose to challenge by choosing to act. This is especially important for our youth.

After my daughter became a pre-teen and started wearing the Islamic headscarf, I shifted my activism locally and created a girls’ mentoring program in Ottawa in 2013. We found a great deal of interest and success in mobilizing young women to help create much needed girls’ spaces.

Choosing to challenge means choosing to empower our girls by building their confidence. This is especially true in Canada, which has seen an increase in Islamophobic attacks, particularly in Edmonton, where five visibly Muslim women were attacked in a span of weeks. When it comes to their head scarf, in Quebec Muslim women are being denied their freedom to choose. Being a Muslim woman in Canada has never carried more challenges.

Fortunately, courageous Muslim women are everywhere, whether it’s Ginella Massa becoming the first hijab-wearing journalist at the CBC to get her own show; Maryam Monsef assuming the role of the minister for Women and Gender Equality; Nadia Abu Zahra holding the Joint Chair in Women’s Studies at Carleton University and the University of Ottawa; Sarah Attia serving as the Youth Director for the Muslim Association of Canada (MAC) and board member at the National Alliance of Children and Youth (NACY); Ikram Jama, who advises Carleton University on human rights and equity; or Mahmuda Khan becoming the Executive Director of Human Concern International. These women empowered themselves by piercing social biases, and continue to make history as visible change makers.

We must follow their example to advance gender equality in our communities. Our resistance — our #ChoosingToChallenge — is what empowers us, so there’s no time to be apologetic. For our youth and daughters, International Women’s Day should be about celebrating powerful examples of women leaders.

There’s no better time than now for choosing to empower oneself as a woman in Canada, Muslim or otherwise. But let us move beyond platitudes. Choosing to empower means choosing to act. If not for ourselves, then for our girls and daughters, who deserve more than just a seat at the table in an equitable world.

Nimao Ali is a social justice activist who has advised law enforcement and government on cultural awareness. She is a Muslim Chaplain at Carleton University, and is the principal of the Muslim Association of Canada Abraar School in Ottawa.