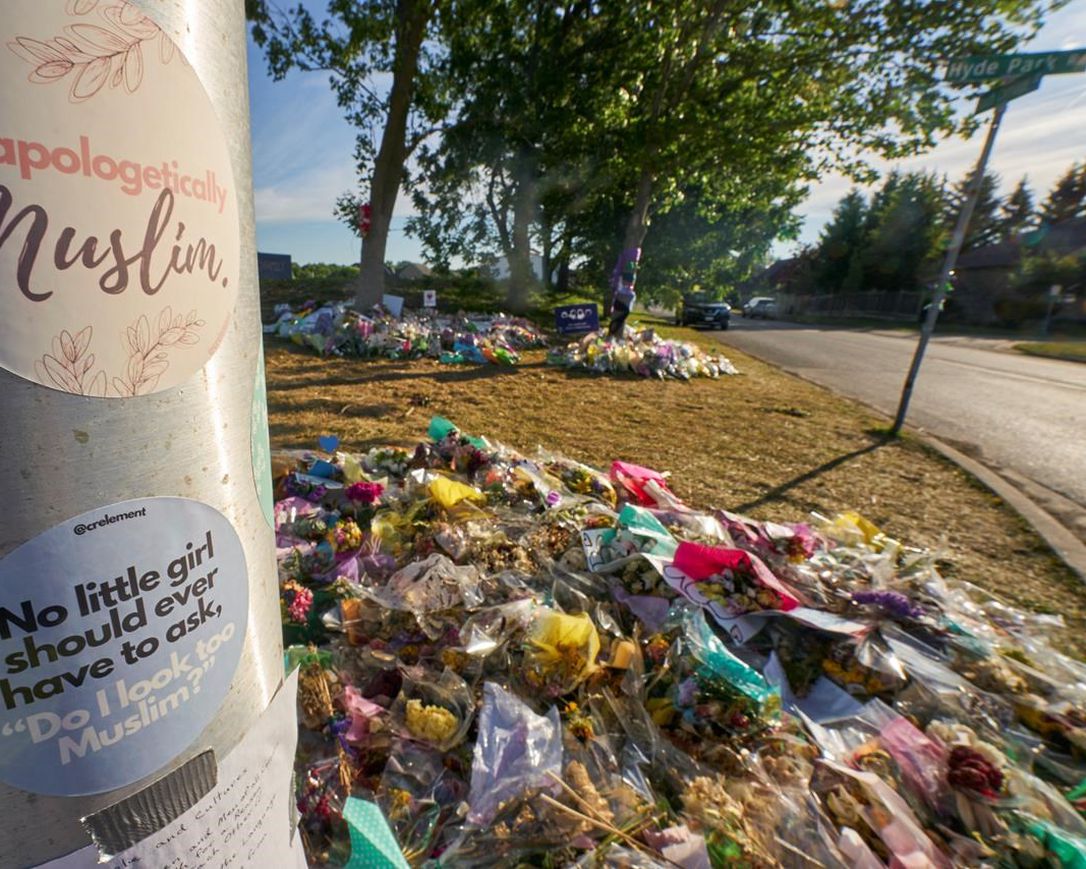 Ontario announced funding on Tuesday for educational programs to help fight Islamophobia, which police believe was the motive behind a vehicle attack that killed four members of a Muslim family.

Education Minister Stephen Lecce said $225,000 will go to the Muslim Association of Canada to create digital resources for educators, students and parents to raise awareness about Islamophobia.

He said $75,000 will go to the National Council of Canadian Muslims to help Muslim newcomers navigate their new country and to help those new students prepare for school in the fall.

“There is a lot of work that needs to be done to secure a future in this province where young Muslims don’t feel like they have to hide parts of their Muslim identity to feel accepted, included and safe,” said Aasiyah Khan, the manager of education programs at the National Council of Canadian Muslims.

The announcement comes after four members of a Muslim family were struck and killed by a vehicle in London, Ont., in what police have called an attack motivated by hate.

Salman Afzaal, 46, his 44-year-old wife Madiha Salman, their 15-year-old daughter Yumna and her 74-year-old grandmother, Talat Afzaal were killed while out for an evening walk.

The London attack prompted a national discussion on the racism Muslims face in Canada and calls for action to combat Islamophobia. Muslims young and old have spoken out about their fear to walk outside or wear traditional clothing.

A 20-year-old man faces four first-degree murder charges and one count of attempted murder in what prosecutors allege was an act of terrorism.

“This attack is a lingering reminder that Ontario has work to do in the fight against all forms of racism,” Lecce said.

He said the government’s goal is to make schools more inclusive and safe.

“In Canada, hate crimes have been on the rise and in 2019, we saw a nine per cent increase in anti-Muslim hate compared to the year prior,” Lecce said.

“This is simply unacceptable and it must stop. There are too many stories of students within our schools targeted because of their faith.”

Khan said the funding will go toward a project this summer where the National Council of Canadian Muslims will talk to newcomers to better understand how they are dealing with the pandemic as well as helping support families as their children return to school in September.

She said the council will also provide training to educators in the fall.

“This is an important first step as we recognize that systemic action and commitment is necessary to support the safety and well-being of staff, students and families,” Khan said.

The Muslim Association of Canada said the digital resources it creates will provide students and educators with information about Islamic practices, values and misconceptions in an effort to get at the root causes of Islamophobia.

“The horrific terror attack in London that has left Muslim students across the province feeling vulnerable has made this important initiative even more urgent,” said Sharaf Sharafeldin, the executive director of the Muslim Association of Canada.

He said Islamophobia has been shown to isolate young Muslims “who grow apologetic and fearful to express their Muslim faith,” Sharafeldin said.

“For teachers there is a lack of awareness about Islam and Muslims among their peers and a lack of representation of Muslims in teaching and in the curriculum,’ he said.

This report by The Canadian Press was first published June 29, 2021.