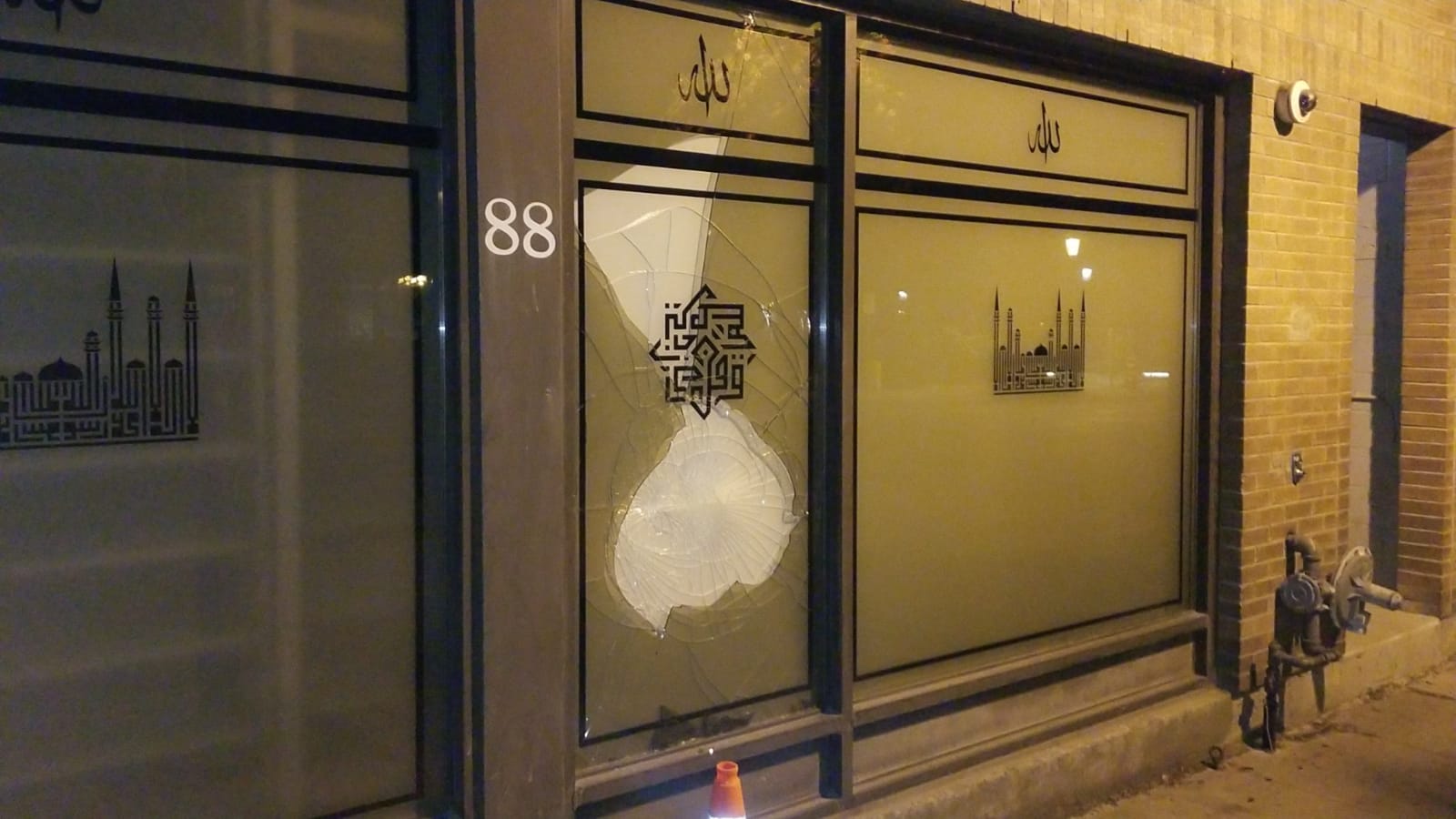 Toronto police need to do more to protect Muslim communities after several recent attacks on mosques that are not being investigated as hate crimes, Islamic organizations say.

Masjid Toronto in the city’s downtown has been the site of six attacks in the past three months, three attacks each at two mosques.

These attacks have included break-ins, broken windows and racist graffiti on windows and walls. On Monday, someone broke one of the mosque’s windows.

The windows had just been fixed, and now will be repaired for the third time in three weeks, the Muslim Association of Canada (MAC) said in a statement posted to its website.

“These incidents are now occurring at a frightening rate and we cannot accept to wait any longer for police action,” the organization said.

The MAC is calling for authorities to “step up” to offer the necessary protection right now, adding that the attacks are meant to intimidate the Muslim community at one of Toronto’s most-visited mosques.

Toronto police spokesperson Jenifferjit Sidhu confirmed police are aware of four reports of mischief at two Toronto mosques since the beginning of June. All have been investigated and none are believed to be hate motivated, she said.

Another spokesperson later said there are six investigations ongoing that could change “dependent on where evidence takes us.” Two arrests have been made, and the hate crime unit is aware of the incidents, media relations manager Connie Osborne said.

Sidhu said a man was arrested for an incident on July 29 in which he allegedly threw a brick through one of the mosque’s windows. While the MAC says it filed a police report for the most recent incident, Toronto Police says it didn’t receive one.

Mustafa Farooq, the CEO of the National Council of Canadian Muslims, told HuffPost Canada the police’s process of investigating the attacks “doesn’t make a whole lot of sense.”

He said the current understanding is that police ruled out a hate crime days after the first suspect was identified, which is “problematic.”

“Most importantly, these attacks keep happening, and we have not yet been given any indication about what’s going to be done to securitize and to protect this mosque from continuing to face attacks,” Farooq said.