Prioritize Safety, Not Numbers When Reopening Places of Worship 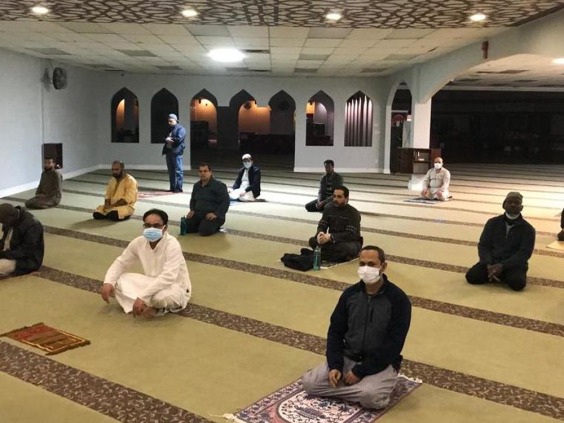 Prioritize Safety, Not Numbers When Reopening Places of Worship

In participating in the relaunch strategy of the Government of Alberta and now the Government of Ontario, the involvement of community organizations such as the Muslim Association of Canada (MAC) and others has been paramount. The last month has demonstrated that mosques in Alberta safely reopened to serve congregants again following provincial and guidelines. In fact, the success of Stage 1 in Alberta has led to an expansion from a 50 person limit or one-third of occupancy to no cap on attendees.

As the National Director of Institutions for MAC, I consider the re-opening of mosques to be the Province of Ontario’s prioritization of social renewal and connection as we move into different phases of the COVID-19 pandemic. Ontario Premier Doug Ford’s announcement to reopen places of worship at 30% of building occupancy is striking the right balance between economic drivers and responding to the exacerbated social and mental health needs of Ontarians caused by the pandemic.

We know that the necessary distancing in the pandemic and subsequent economic crash have magnified existing social stresses to the point of developing into a full-blown, parallel mental health crisis. From a Public Health perspective, faith communities and their leadership are often “first responders” when individuals and families face mental health, domestic issues or substance abuse problems. In that role, places of worship can act as safe spaces to dispel misunderstandings, reduce stigma associated with mental illness and treatment, facilitate access to resources for those in need and provide assistance to help people navigate through their personal challenges.

Using the MAC reopening examples in Alberta and British Columbia, MAC presented a proposal for mosque openings in Ontario (where we operate 11 centres) in strategic meetings hosted by MPP Kaleed Rasheed. Speaking to the Associate Minister of Mental Health and Addictions Michael Tibollo, Finance Minister Rod Phillips and Minister of Labour, Training and Skills Development Monte McNaughton, our proposal for reopening mosques hinged on two important premises: that reopening can be done safely, and that it should be done.

The Government of Canada released the risk-informed decision-making rubric for mass gatherings during COVID-19. In that document, religious spaces such as mosques are considered very low risk when appropriate measures are taken for mitigating contamination.

It’s clear that places of worship tend to be larger and have less high-traffic contact points than retail spaces which have products on shelves continuously being touched by shoppers. We have presented best practices to mosques across the province and our key message is to prioritize safety, not numbers. In our Alberta mosques, contact of any kind has been prohibited and risk has further been reduced by mandating that all congregants wear masks and bring their own prayer rugs on which to prostrate while remaining two metres apart from one another. They also have a single point of entry for the building with a separate point of exit, and access to handwashing stations or alcohol-based hand sanitizer, to name a few other mitigating factors MAC has added.

Staggering the time of arrivals and departures, requiring pre-registration and self-screening to ensure the health of worshippers and traceability of attendees, as well as restricting entry for COVID-vulnerable populations are all approaches that can further reduce risk.

As mosques re-open, it is critical to re-build organizational capacity in order to recover the important role mosques play in providing vital social services. With mosques having been closed for some time, our approach is to reopen cautiously. It is a collective shared responsibility to open safely as we provide religious, social and spiritual relief.

As we move from the emergency response phase towards the reopening  phase, places of worship are key institutions for any thoughtful recovery plan. Ontarian families need these critical social and spiritual services as the provincial government prepares to reopen the province. They need spiritual and communal support to offset the negative impact of COVID-19 on their lives if we’re all going to rebuild a better, resilient future together.