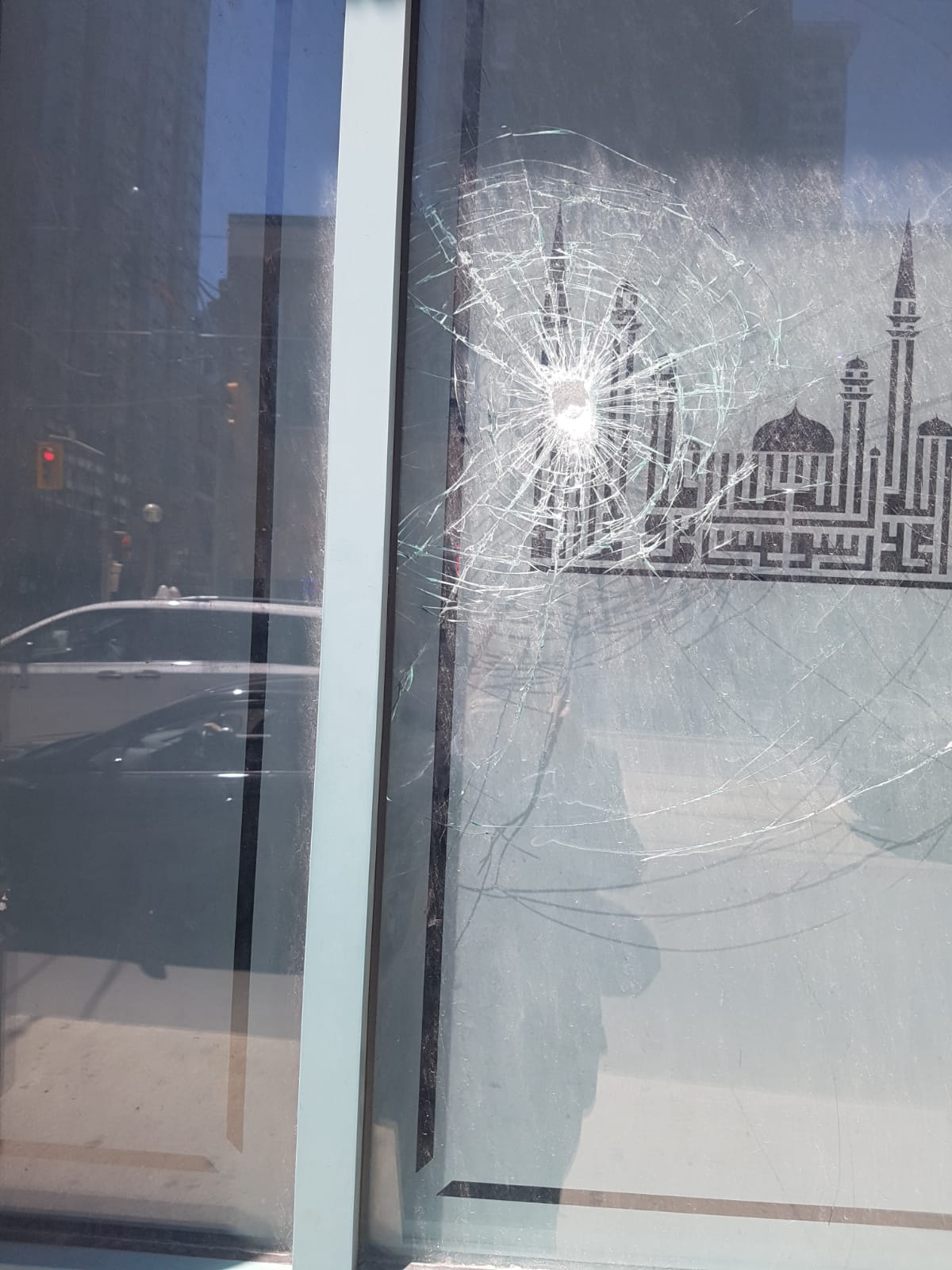 Mississauga – June 4, 2020 – The Muslim Association of Canada (MAC) emphasizes the holistic message of Islam within the context of Canada’s diverse society.

Over the course of the past 3 weeks, two incidents of vandalism have taken place at Masjid Toronto on Dundas Street.  The first incident included offensive graffiti, partially in Arabic script. Last weekend the Mosque was again vandalized involving graffiti, broken windows and an attempt to break into the Masjid. Both incidents were reported to Toronto Police.

The Muslim Association of Canada is deeply concerned about the nature of these attacks as they hold anti-Black and anti-Muslim racist and hateful sentiments. We are distressed at how these hate crimes are still perpetuated against places of worship, faith-based communities and communities of colour in Toronto – Canada’s largest and most diverse city. The vandals wrote terms that desecrate and defile Islamic beliefs and are completely disrespectful to a place of worship. MAC, and by extension, the entire Canadian Muslim community stands against anti-black racism and Islamaphobic acts of hate and violence, and we are committed to working against such forms of bigotry. MAC requests Police authorities to put necessary resources to find the perpetrators and to protect mosques and all places of worship from acts of vandalism, especially during COVID-19 when facilities are closed.  We ask our governments to increase support for the security of Mosques and the safety of members of the Muslim community in Canada. We also call upon our allies to stand firmly against Islamophobia and anti-black racism, and secondly, to make commitments to learn, teach and reflect on the different ways we are knowingly and unknowingly causing harm to marginalized and racialized communities of colour. 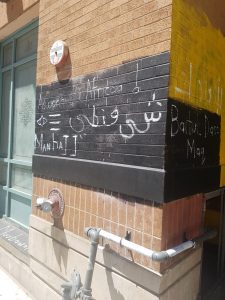 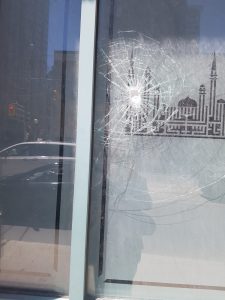 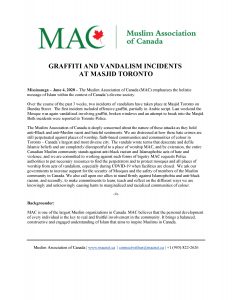