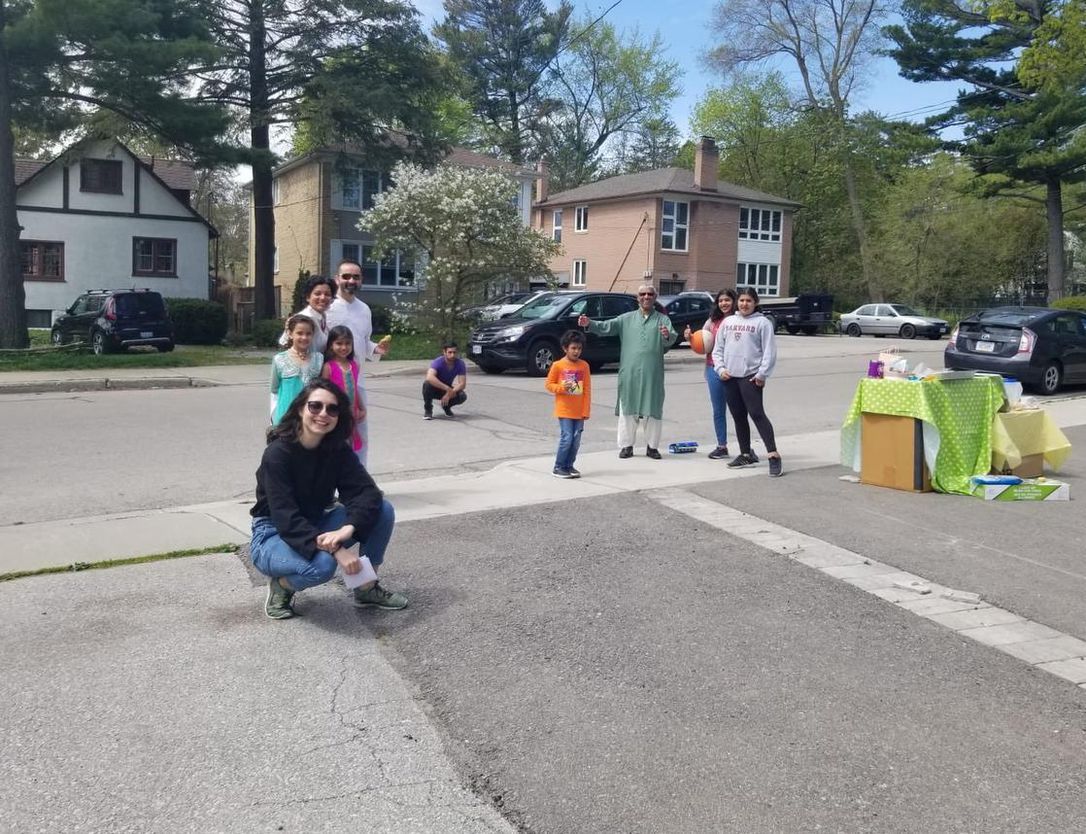 After a month of fasting from home and missing out on the usual nightly gatherings with friends and family, Asghar Methiwalla wanted to do something different.

So on the last day of Ramadan, he and his daughter set up a table of samosas and sweets on her long driveway to share with their neighbours and local community — complete with physical distancing.

“That was rule number one,” Methiwalla said.

Ramadan is the month where Muslims fast from dawn until dusk, pray and reflect on their faith. It culminates on Sunday with Eid al-Fitr, or “Festival of Breaking the Fast,” when families and friends gather for large feasts, prayer and exchanging of gifts.

During Ramadan, families will frequently break fast together in the evening or attend prayers at their local mosque during the day. The COVID-19 pandemic has made those traditions impossible, which is why Methiwalla and his daughter set up the samosa and sweets table to connect with their local community.

“We’re trying, in a small way, to have the same (experience) that we normally do every year, which is dropping in to friends and family the whole day … We’re just trying to recreate that feeling,” Methiwalla said from his home in Mississauga.

Mosques across the country are altering their Eid plans with virtual prayers, drive-through gift giveaways and live social media events in order to observe the holiday.

For some, it’s a major adjustment.

“For me, it’s the first time in 39 years I’m not leading the prayer,” said Hamdi Shafiq, an imam at the Islamic Society of North America’s Mississauga mosque.

“So for me it’s very, very different, a very new experience.”

The society will be hosting live speakers on their ISNA Canada Facebook page starting at 6:15 a.m. on Eid, followed by a drive-through sweets and goody bag giveaway for kids at various mosques in the GTA. There will be a social media Eid show on their Facebook page from 1:30 to 3:30 p.m.

The Islamic Circle of North America will also be holding a drive-through gift giveaway at the Islamic Community Centre of Milton from noon to 2 p.m., spokesperson Raees Ahmed said.

The Muslim Association of Canada will be hosting an online Eid Festival complete with speakers, home virtual prayers, a bake-off and a range of speakers throughout the day. There is also online storytelling, stand-up comedy, a virtual concert and family and youth games.

The Al Rashid Mosque in Edmonton, the oldest Islamic house of worship in Canada, is one of the few that will be allowing actual physical prayers in their building on Eid. They are allowed to host up to 50 people in four different areas of the mosque, with the floor marked so that worshippers stand two metres apart. People must register this year in order to attend.

“We are one of the few who have the luxury of doing that because of the way that the mosque is built,” said Al-Rashid spokesperson Noor Al-Henedy, explaining they’re allowed to host the gatherings because each prayer space has a separate exit and entrance.

A major part of Ramadan is giving back to those in need. Mosques typically host families for the evening dinner where Muslims break their fast, known as iftar.

Over the last month, Al-Rashid has given away nearly 20,000 meals through a drive-through service, Al-Henedy said.

Meanwhile, Ahmadiyya Muslim Jama’at, with its headquarters in Vaughan, will be hosting an “EidTogether” event online at 4 p.m. on Sunday. Visit eidtogether.ca for more information.

“It will have participants virtually joining from across the country from Newfoundland to British Columbia, including non-Muslims, so we’ve kind of turned it into a multi-faith event,” said spokesperson Safwan Choudhry.

“It’s going to be a unique experience, but I think that also is partly what makes it special,” he added. “Because then Eid in 2020 is one that people will remember for many, many years to come.”