It’s Ok to let boys be Aggressive: It May have Flattened the Curve | Article by Dr. Asma Ahmadi 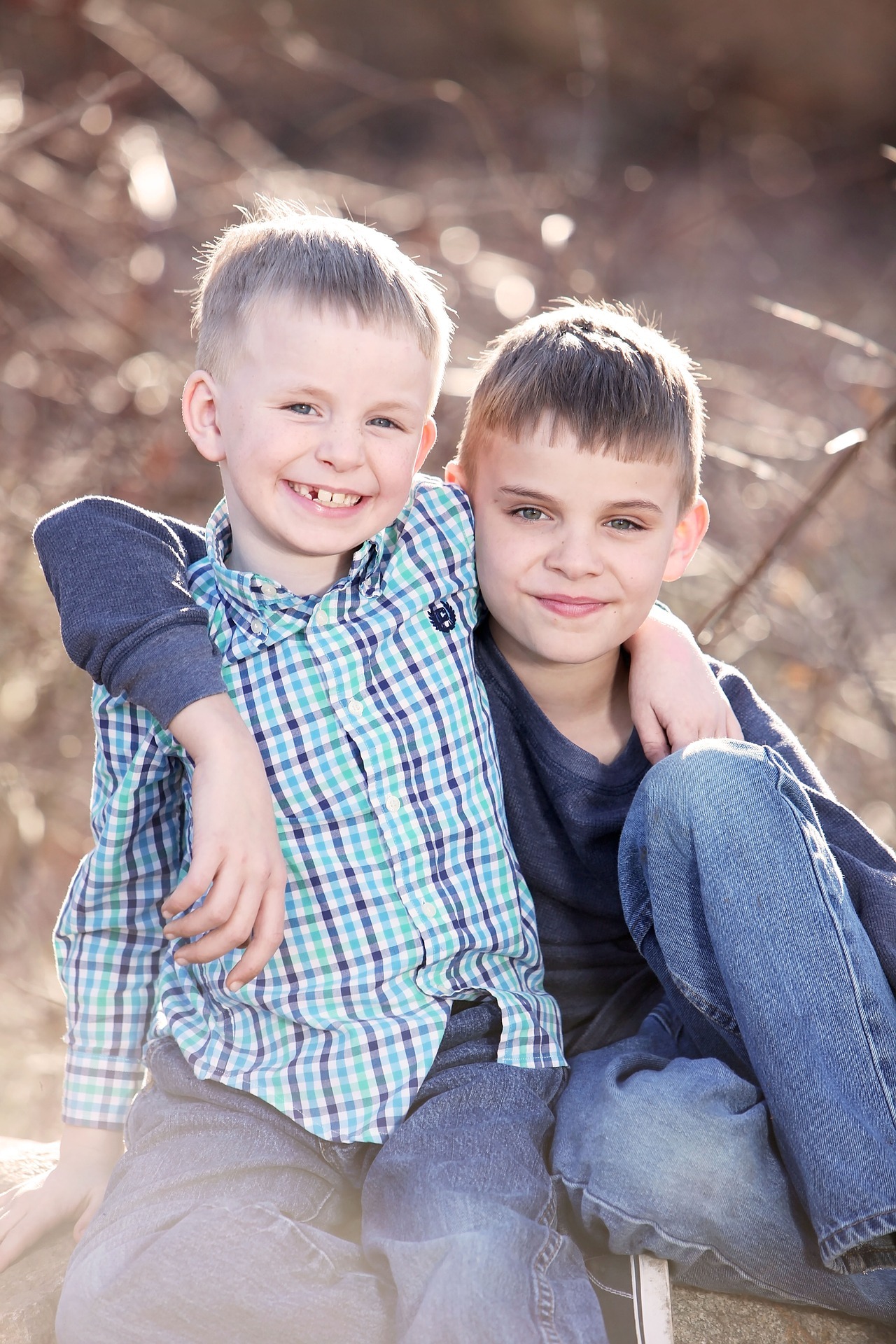 “My son is hitting and being aggressive, what am I doing wrong” was a WhatsApp message I received from a mother.

I have three boys and a girl. If there was a continuum on which we measure our boys, my three would rate very high on having all the stereotypical characteristics of male children. Perhaps my oldest inspired even more of these characteristics in my other two boys. My oldest son, who is five years old, is a free-spirited, high-energy and untamed young man.

This is not just my story; almost every other household has one boy that has the “boy energy”, and I’m sure each of you reading this article knows of a boy with such vigor as well. There are very few places that I can take my boys where they will be accepted for their “boy energy” without judgment being passed on me as a parent.

Statistics show that more boys than girls are incarcerated, more teenage boys than teenage girls are depressed; more boys are labelled in schools as “difficult” or “failures” than girls. More boys than girls are diagnosed as having ADHD or autism — and this is just to name a few discrepancies. On the other hand, more girls than boys are doing well in school, and subsequently more girls than boys are going to colleges and universities. Even more women leaders are outperforming men leaders. Recently, my social media was flooded with articles reporting that the one common strand in all the countries that have managed to disproportionately flatten the curve of COVID-19 cases is that they are all led by women.

The male energy is not comprehended nor accepted, let alone respected or celebrated. Most of the time it is punished and seen as destructive or inhumane. If males behave like the stereotypical male (e.g., aggressive, loud voice, high energy), they are shamed. And if they behave like a stereotypical female (e.g., cry, show emotions), they are also shamed.

So when these boys grow up into men, they have pent-up, shameful feelings around their natural tendencies and are unconfident in their male energy. Our societies in general, and our schools in specific, are not built for and do not understand boys.

But what is boy-energy and how is the “boy brain” different? What are geneticists, biologists, and sociologists telling us? What do PET scans, SPECT scans, and MRIs show about discrepancies between male and female brains?

Research has shown brain plasticity and growth mindset: any skill can be learned, any mindset can be acquired; new neural pathways can be created. However, other scientific research also shows that specifically the gender of the human brain is not plastic; it is not a skill that one learns, or a mindset that can be shifted.

In other words, we “cannot change the brain of a boy into the brain of a girl,” says Dr. Gurian the author of The Mind of Boys and expert on the difference between boys and girls. PET scans also show how structurally and functionally different the brains of boys and girls are set up to learn.

“Little boys, when given dolls to play with, more often than girls, pull the heads off, hit them against a table, throw them in the air, or generally engage in some kind of physical, kinesthetic, or spatial play with the dolls. Girls, in contrast, from very early in life, begin to use words with the doll” — girls and boys learn differently. Boys learn by throwing, squishing, banging, moving, roughhousing and yes, I am going to say it: teasing.

Since the beginning of time, males were the ones who hunted and females were the ones who took care of the children. The role of the male required the spatial and the mechanical brain over the verbal and sensory side of the brain. Males are hardwired for more physical movement. Females, on the other hand, have increased oxytocin in their system to help them bond with the children.

If the males had more oxytocin they may not have been able to perform their roles as  hunters and gatherers properly and vice versa, if females had a more spatial and mechanical orientation they would not possess the appropriate qualities to effectively nurture their young ones.

Today scientists and sociologists also have shown that we are able to acquire skills to help with our changing roles. However, nature still dictates the different ways girls and boys learn.

Boys and girls have testosterone, but boys have more testosterone than girls. This hormone (commonly misperceived as exclusively a sex hormone) is actually one that is responsible for boys’ tendencies to run, jump, hit and yell, as well as turn everything into a playful weapon. Boys have aggressive tendencies but they are not violent. There is absolutely no evidence that suggests that aggressive real-life-play-fighting leads to violence. This playful aggression (not violence) is the way boys bond with others just like girls bond with others through intimate conversations and cooperative play.

As a society we have shifted from playing outside to playing online, unfortunately. When a boy is playing Fortnite, he is emulating his ancestor boys who built forts outside, fought with sticks, and protected their inventions with all their might. Building forts is in the genes of boys, just like playing dolls (or house or tea parties) is in the ancestral genes of girls. (I am making a general statement, granted, all boys are not equal and not all girls are equal.)

We are facing a crisis. Our boys are silently suffering. We inadvertently and with good intentions send messages to our boys that they are broken or there’s something wrong with them.

As an educator, even though this is a societal issue, I want to focus on schools. Last year, two schools in Quebec dared to create spaces for children to play rough; dubbed “play-fighting zones,” whereby safe physical play was allowed, but kicking, hitting, biting, or throwing objects were strictly forbidden. “Sessions were held to teach kids how to fall without hurting themselves. They were also told that they have to immediately back off if a student says ‘stop’,” Bernier, a principal in one of the participating schools, said. “We see in class that those children are calmer, and they’re more focused,” she reported. “It’s a big success.”

I am not condoning violence or hitting. On the contrary, I am calling for setting clear boundaries with our boys. I am also calling for spaces for our boys to release their “boy-energy.”  I am calling for holding spaces for our boys to be boys without any judgment. Can we have spaces in our playgrounds for snow fights with clear boundaries? Can we allow boys to climb trees and in-playground fences? Can we hold space for the boys to cry, cry their hearts out with no judgment?

I am calling for understanding “boy-energy,” accepting it as vital and necessary, respecting it and hopefully celebrating the amazing natural tendencies of boys. Perhaps if the boy-energy was not denied in the past, perhaps if it was channelled and celebrated we would have nurtured male leaders confident in their masculinity and male energy to lead our countries to better flatten the curve.

Blum, D. (1997). Sex on the brain: The biological differences between men and women. New York: Viking. 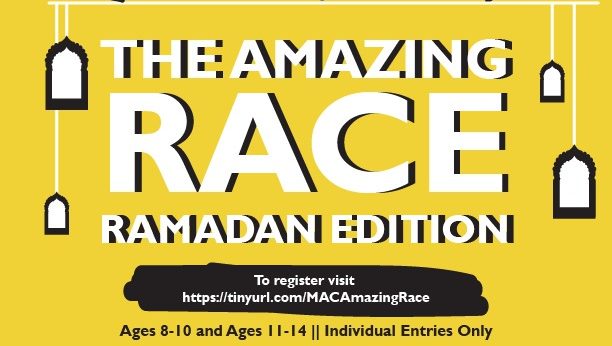 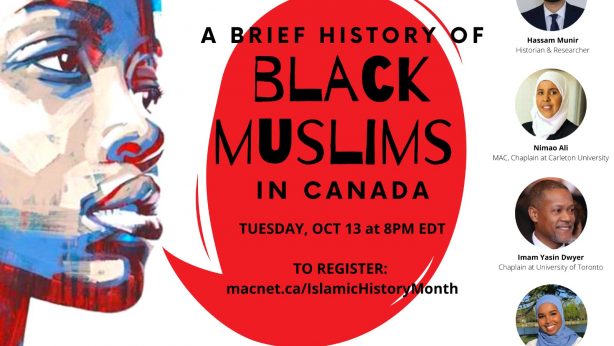 A Brief History of Black Muslims in Canada

As part of Islamic History Month, the Muslim Association of...