Coming together in faith and prayer to tackle poverty 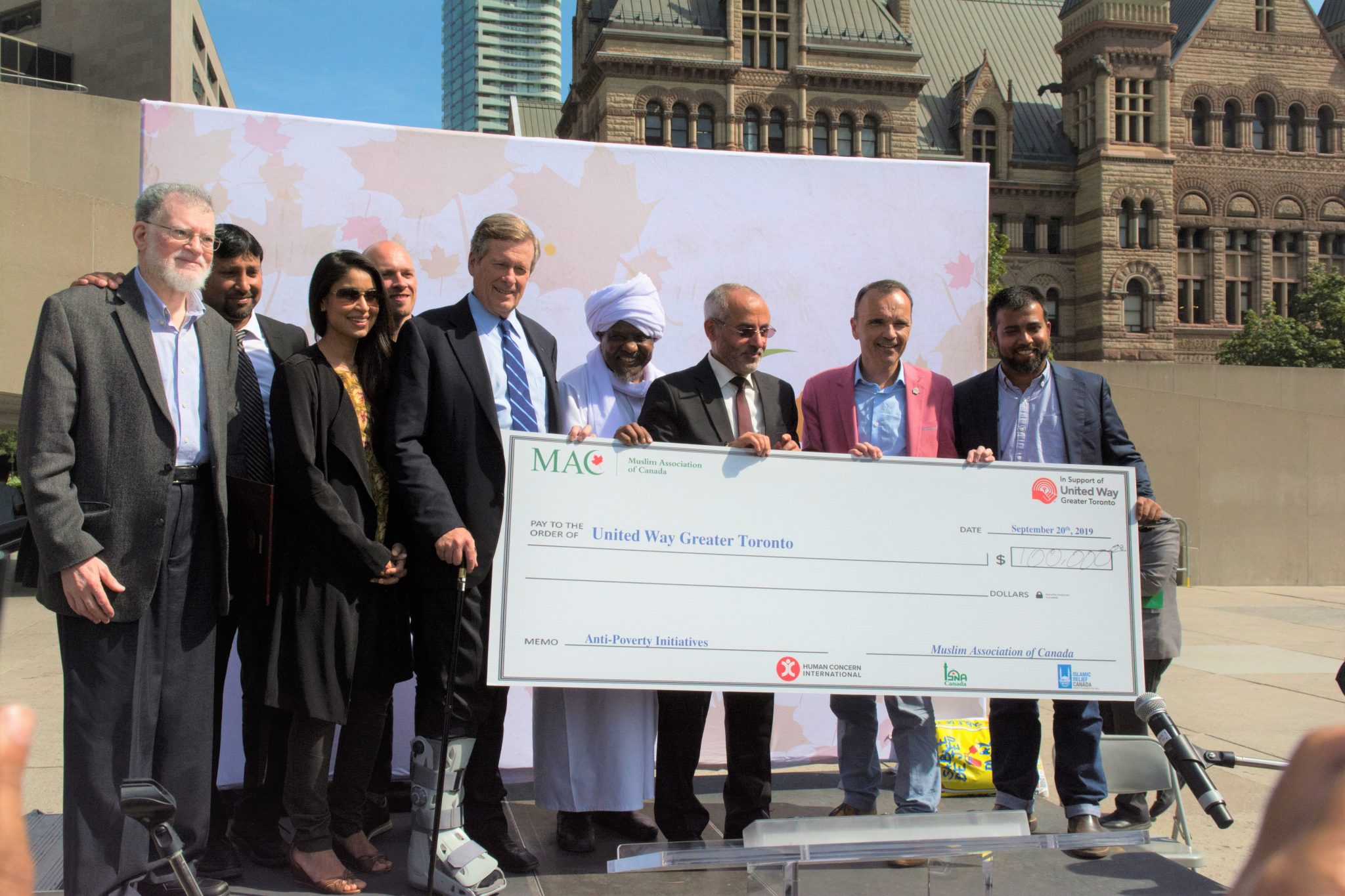 We live in one of the greatest regions in the world, but poverty is holding too many people back. Despite our thriving economy, there are more people living in poverty in the Greater Toronto Area than anywhere else in Canada. Poverty hurts us all; it undercuts what we stand for as Canadians, it keeps our economy from growing, and it costs more in the long term.

We all have a role to play to support people who are getting left behind. Bringing people together in a common cause of caring is one way we can make a difference.

Last month, Hope & Prayer in the 6ix did just that. Nearly 2,000 Muslims along with leaders of other faith communities across the GTA gathered at Nathan Phillips Square to show their love for our communities and raised $100,000 for United Way Greater Toronto’s mission to combat poverty — powering a network of 270 agencies across Peel, Toronto and York Region.

The event, organized by the Muslim Association of Canada (MAC) in partnership with the City of Toronto, represents one of the many examples of the long commitment of Canadian Muslims to the betterment of society through charity and service.

What is the significance of such an event? As Mayor John Tory, who spoke at the event, stated, “I think it is important to have this prayer service here to underline the message of increasing understanding. And as well to increase the recognition of the fact that this community of Muslims is playing such a large part each and every day in so many corners of our community in building a strong fair, considerate, inclusive city.“

United Way knows that despite loving the places we call home, poverty continues to hurt our communities. In fact, the Greater Toronto Area is unfortunately the housing unaffordability, child poverty and income inequality capital of Canada. Based on United Way research, we know that about 37 per cent of workers in the GTA are precariously employed and that about 26.3 per cent of youth aged 15 to 29 in Toronto live in low-income households.

Far from being a one-off, this event symbolizes MAC’s outlook on charity. MAC believes that charity and caring for the vulnerable among us is an embodiment of a central faith tenet in Islam. There are many instances in the Holy Qur’an where giving charity is not only incumbent on every able Muslim but is also considered one of the highest acts of righteousness.

Serving humanity, preserving human dignity, pursuing social justice and cooperation are cornerstones of the Muslim way of life. For the last 22 years, MAC has served communities across the country while promoting community engagement and fostering responsibility for the service of humanity by helping our neighbours and making our country a better place for everyone.

For Muslims, wealth is a trust that must be given where it is needed. One of MAC’s core services is to facilitate this giving, collecting funds from Canadians to support others across Canada, prioritizing local needs so that funds help change the lives of vulnerable community members while fighting to protect human dignity and stand up for justice.

Over $1 million in zakat (compulsory alms) alone is collected and distributed by MAC every single year, and Masjid Toronto on Dundas St. is frequented by some of the most impoverished Canadians who receive over $50,000 in rent and food security assistance annually.

Faith communities show us the power of community – they are about believing in something bigger than yourself. MAC and United Way are grateful to the many Muslim relief organizations who joined this initiative to raise the $100,000 for poverty including Islamic Relief Canada, Human Concern International, Islamic Society of North America Canada, and the Muslim Welfare Centre as well as hundreds of community members.

The Hope & Prayer in the 6ix event, in support of United Way, is an extension and an enrichment of what both organizations have always done and will continue to do. Through service and engagement, we inspire hope into our society. For us, hope isn’t about expectations for the future as much as it is a drive to do better in the present.

We encourage everyone across the GTA, regardless of faith and belief, to join us.

Sharaf Sharafeldin is Executive Director of the Muslim Association of Canada and a leader in the Canadian Muslim community. Daniele Zanotti is President and CEO of United Way Greater Toronto.