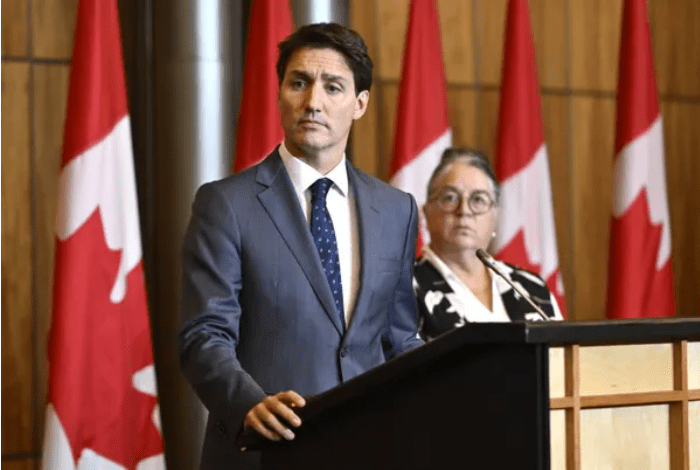 December 15, 2022 | Prime Minister Justin Trudeau says he is open to pursuing an independent investigation into forged government documents that falsely suggest the RCMP and the Canada Revenue Agency are paying informants within the Muslim Association of Canada to build a terrorist-funding case against the grassroots charity.

Although the evidence that the documents are fake is overwhelming, MAC remains skeptical that they didn’t originate inside the government and is calling for an independent inquiry. Mr. Trudeau was asked by reporters whether he would heed that call.

“We are obviously very concerned about these reports of Islamophobic forged documents,” Mr. Trudeau said. “We are following up right now in understanding the situation. We will pursue an investigation if that is necessary.”

MAC operates mosques and community centres across the country. The Globe and Mail reported Thursday that, for more than year, the organization has been receiving documents from an anonymous sender that allege law enforcement and tax collection authorities are trying to entrap it by creating the appearance that it is funnelling money to extremist groups.

A Globe investigation found that the trove of documents – hundreds of pages sent in 11 packages from April, 2021, to late November of this year – are not authentic. They include fake RCMP search warrants, phony records of SWIFT money transfer payments to informants and printouts that look like internal government e-mails between RCMP personnel and CRA investigators. The CRA, the RCMP and the Bank
of Canada have all said the documents are fake, and the authors of some of the supposed e-mails have sworn in affidavits that they didn’t write them.

“Whether this is a hoax or not, the unfortunate reality is that we know Muslim Canadians and Muslim organizations have been targets for surveillance and criminalization under the guise of counterterrorism driven by systemic Islamophobia and racism. It is important that the government take this issue seriously and act on it quickly,” TICLMG national co-ordinator Tim McSorley said in a statement.