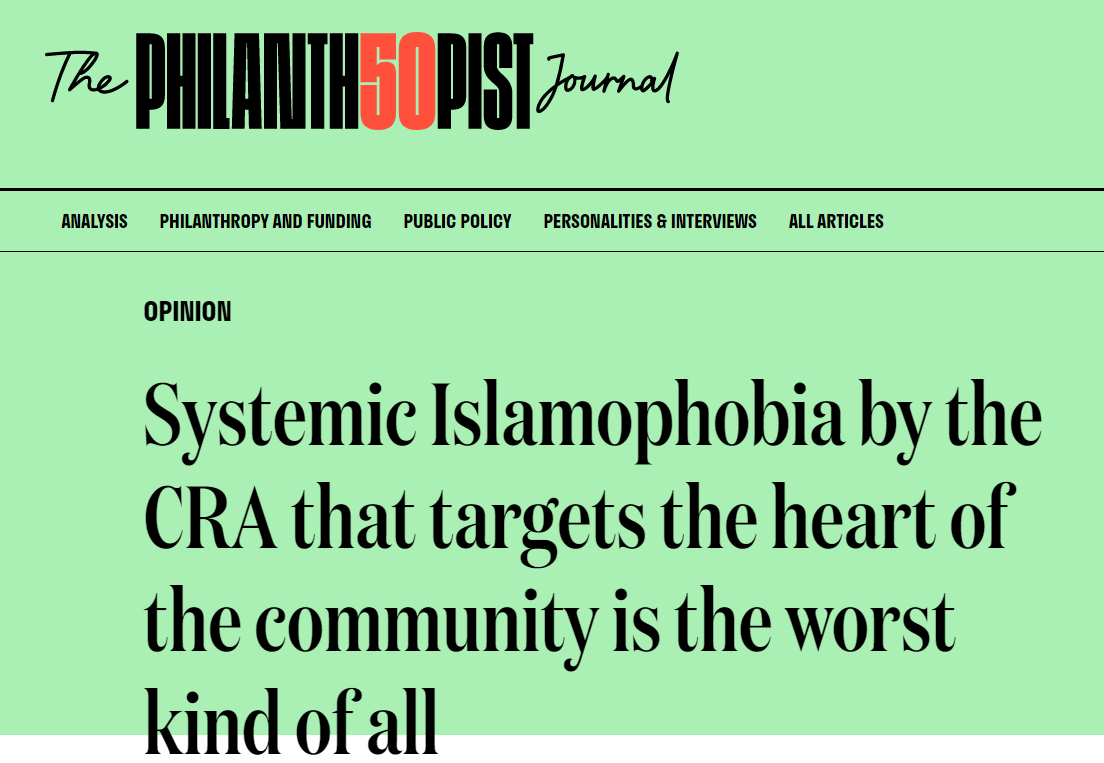 Over the past year, academics and policy experts have been reporting on what appear to be discriminatory practices in the CRA’s audits of Muslim-led charities. Contributor Memona Hossain suggests six ways the sector can help confront this systemic flaw and work with the Muslim charitable sector to build a strong, authentic, and unapologetic Muslim narrative.

Canada’s charitable sector plays a crucial role by providing support to the most vulnerable segments of society, in Canada and around the world. It also provides services and education to faith communities, while creating employment for more than two million people and contributing significantly to the economy. While the sector advocates for equality in Canada, it must also take a stand against the alleged systemic discrimination that Muslim charities have experienced by the Canada Revenue Agency (CRA), which has had a devastating impact on the community. The practices have had negative emotional, financial, and institutional impacts within the Muslim community and have hindered the advancement of Muslim institutions and meaningful charitable work in our country.

The Muslim charitable sector is intrinsically linked to the founding of mosques, schools, social programs, and other essential community services that bring meaningful supports, services, and a sense of community to millions of Canadians.

Yet, years of systemic discrimination have left the community constrained at a time when community-based supports are acutely needed. As Nabil Sultan, former chairman of the Muslim Association of Canada (MAC), recently explained before the Senate human rights committee, “these discriminatory practices by the CRA against Muslim charities have had a devastating impact on the services and programs upon which tens of thousands of Canadian Muslims and other beneficiaries rely. Muslim charities have been forced to divert significant human and financial resources from serving their communities to defending themselves against these practices. They have had a chilling effect on the Muslim community, making Muslims wary of supporting Muslim charities and seeking their services, further marginalizing a community already impacted by Islamophobia.”

By Memona Hossain, a MAC board member