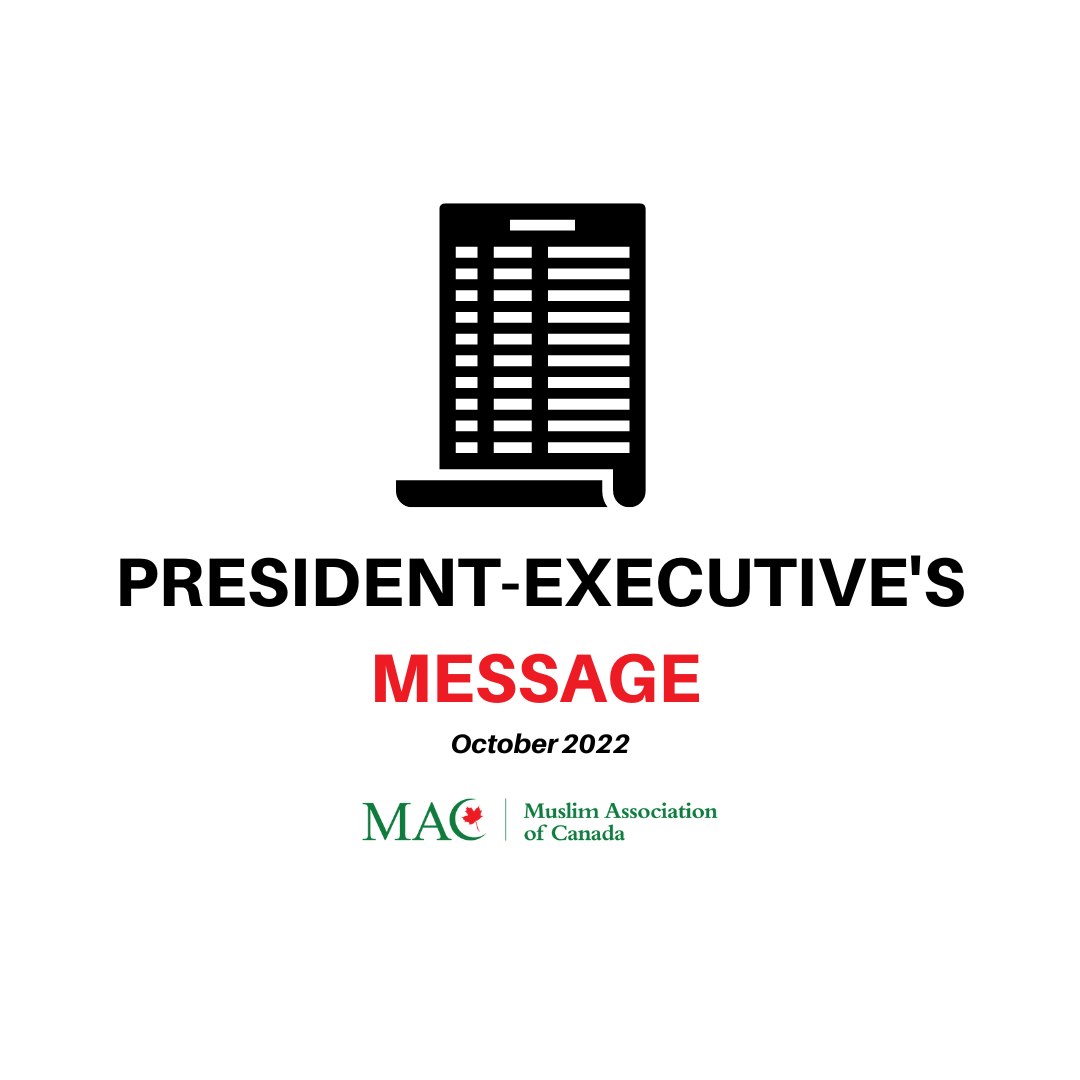 Muslims all over the world commemorate the mawlid of the Prophet (pbuh) this month.

This is a great occasion to revive our commitment and allegiance to follow his “sunnah” and advance his cause, as the only preserved authentic divine way of life. As Canadians celebrating the month of October as the Islamic History month, it is an important reminder for us to uphold our faith and our bright heritage, and use it as motivation to contribute to our time and place as our ancestors have significantly contributed to humanity in all aspect of life, spirituality and civilization.

The ummah has recently lost one of its great contemporary scholars. The passing of Shaikh Al-Qaradawi should make us collectively reflect on his legacy and contributions. The Prophet (pbuh) said in a hadith: ‘Indeed it is the scholars who are the true inheritors of the Prophets. Indeed Prophets do not leave behind wealth but rather knowledge, so whoever takes this knowledge has taken a true gift.’ Shaikh Al-Qaradawi was one of those blessed believers who inherited this knowledge from our beloved Prophet (pbuh).

What made Sh. Al-Qaradawi gain a massive place in the hearts of Muslims across the world is his deep knowledge and understanding of Islam, coupled with his determination to practise his knowledge, revive the ummah, and stand up for truth and justice. Just before his departure to the hereafter, Sh. Al-Qaradawi completed the compilation of his encyclopedia comprised of 105 volumes (75000 pages) in almost every aspect of Islamic knowledge.

Few days ago, we also commemorated the National Day for Truth and Reconciliation. When we reflect on the life of Sh. Al-Qaradawi, who we believe is a genuine follower of our beloved Prophet Muhammad, we see that people can reconcile historical injustices only if they have the courage to challenge engrained systems of power and discrimination, a lesson Canadians need to internalize for true reconciliation to occur with our indigenous communities across the country. More than just a scholar, Sh. Qaradawi constantly reminded Muslims that freedom is sacred and It is the collective responsibility of the ummah to alleviate oppression inflected on the weak and vulnerable.

May Allah bless Sh. Al-Qaradawi’s soul, reward him generously for his deeds, grant him mercy, and raise his status in the hereafter.

“Among the believers there are men who have been true to their covenant with Allah. Some have fulfilled their vow, and others await, remaining steadfast and unwavering.” (33:23)