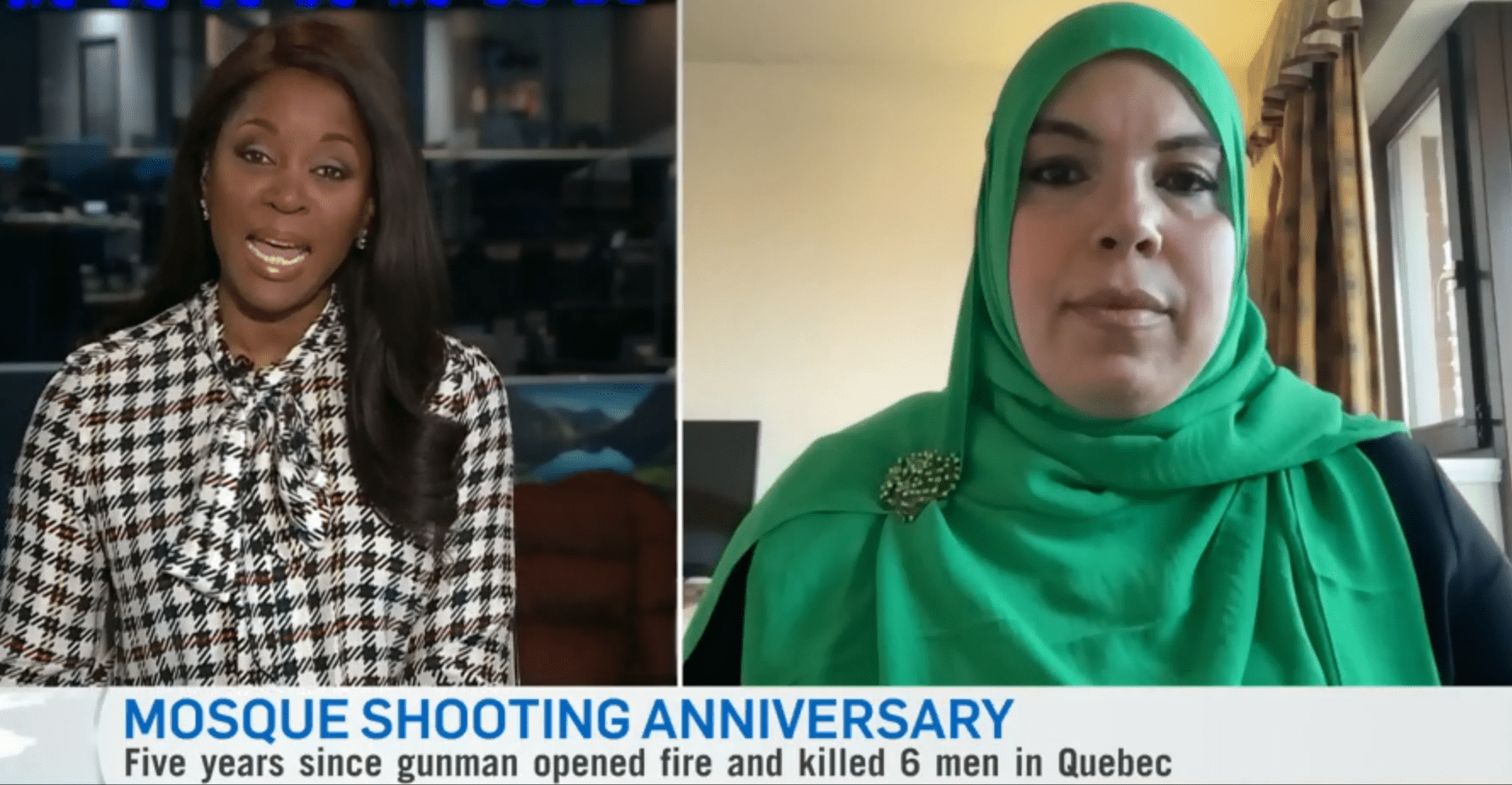 January 30, 2022 – MAC Director Rania Lawendy speaks with CTV News on January 29, 22, the fifth anniversary and the first official National Day of Remembrance of the Quebec City Mosque Attack and Action against Islamophobia, about what the Government of Canada is doing, and whether it is doing enough, to combat hate crimes and systematic Islamophobia, especially in government institutions like the Canadian Border Service Agency and the CRA.

Tags: 2022 Islamophobia
Previous Story
MAC’s Statement on National Day of Remembrance of the Québec City Mosque Attack and Action against Islamophobia 2022
Next Story
Message from the Executive Director