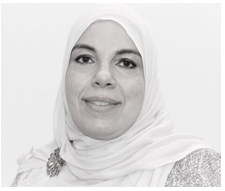 Besmi Allah Arrahman Arraheem (In the Name of Allah Most Gracious Most Merciful) Assalamu alaikum everyone,  May the peace and blessings be upon you all.

My name is Rania Lawendy, and I am an executive of the Muslim Association of Canada. I join you here from Kitchener Waterloo.

I am here to speak to the Honorable Prime Minister Justin Trudeau, the Government cabinet, our host Minister Chagger and all of our esteemed guests on behalf of the Muslim Association of Canada. MAC is a national grassroots organization in 13 cities serving more than 150,000 Muslims.

I come to the summit today with many emotions and many expectations, and frankly clear demands.  Today, I am carrying the weight of our community.  A myriad of emotions: hurt, anger, and frustrations of our children, mothers, fathers, and the community.

Today I speak to the expectations of hundreds of thousands of Muslims across our nation.

The key message I want to convey today is that our community is considering this summit as a litmus test of our government’s commitment to take real effective action to dismantle the root causes of Islamophobia that have allowed hate to spread in our society and its institutions. The outcome of this summit today is going to be weighed carefully by our community and all Canadians. It will either establish confidence in government’s action to end the growing suffering of and discrimination against Muslims, or it will diminish that confidence and trust and reinforce the existing hegemony which is suspiciously Islamophobic. Well-meaning rhetoric alone will not suffice, only immediate action and serious policy changes backed by a mandate and resources and tied to clear results, will be accepted by our community.

We experience Islamophobia across the country, from London, to Toronto to Edmonton and Vancouver. One of MAC’s Toronto mosques was vandalized and broken into 5 times in a span of a few months. Our masjid in Cold Lake was likewise vandalized. Our head office constantly receives hate mail and threats.

The experience is not only organizational but unfortunately deeply personal. My own daughters knew Yumna Afzaal, and are still in shock at the loss of their friend and today I wear a purple hijab in remembrance of Yomna and all other victims of Islamophobia.

Two days ago, our Chairman, Dr. Nabil Sultan, at the Eid prayers function organized by MAC in London – Ontario, met members of the Afzaal family and the young Fayez Afzaal in his wheelchair. He described this young boy as  radiant and resilient, despite everything he’s been through. That brought tears to my eyes and reminded me that the pain and suffering of our community are not matters of the past, they are on-going and living amongst us in Fayez, the children and families of the Quebec mosque shooting and with every victim of Islamophobia and hate motivated violence against Muslims.

Prime Minister, I appreciate the remarks you made today. They are a continuation of the position that you have consistently expressed promoting inclusiveness and rejecting all forms of hatred and discrimination. You were on point in alluding to systemic problems in governmental agencies. This must be our starting point.

Today in Canada, security agencies treat the entire Canadian Muslim community with suspicion and profiling; the CRA unfairly targets Canadian Muslim charities and weakens our community; the CBSA profiles Muslims with impunity; the government of Quebec has passed a law abrogating the constitutional rights of Muslims; and the Canadian government has opted not to intervene. These are aggressive, prejudiced, islamophobic actions by government bodies. It is time for the government of Canada to clean-house.

Prime Minister, we have submitted an independent proposal with specific recommendations. Simply put, there are two priorities: we must eliminate institutional and systemic islamophobia; and we must institutionalize the fight against islamophobia.

To eliminate institutional and systemic Islamophobia, MAC is calling for two immediate actions:

To  institutionalize the fight against Islamophobia, MAC endorses the calls for an immediate establishment of a federal office with the resources, funding and mandate to address the commitments coming out of the summit around violent Islamophobia, online hate, white supremacy groups, challenging bill 21, amongst others.

Prime Minister, systemic islamophobia in the CRA is threatening the Muslim community and is creating a chilling effect. Muslim organizations are doing important work to provide socially responsive programming for Canadians.  These targeted audits affect the availability of safe spaces and culturally responsive services, marginalizing our communities further.

Ordinary Muslims are becoming fearful to donate as they see one major mainstream muslim charity after another – IRFAN Canada, ISNA, Ottawa Assalam Mosque, HCI and others being suspended, fined and/or revoked. An American report documented similar impacts in the United States, and as a community we would have never thought that our own government would emulate those tactics, but such is the case.

Despite the lack of transparency, two major reports have confirmed prejudice, bias, and Islamophobia in the work of the RAD division of the  CRA. In a recent op-ed Professor John Packer, director of the Human Rights Research and Education Centre (HRREC) at the University of Ottawa, highlighted that a 40 year old charity was revoked for providing training for the Organization of Islamic Cooperation. Yet today at the summit, ironically, one of the speakers is Canada’s Special Envoy to the Organization for Islamic Cooperation. This is a clear example of the Islamophobic bias and practices of the CRA.

Prime Minister, from what we heard today, there have been tangible steps taken to address Islamophobia by the government in the past six years, yet sadly, these were not enough.

The Quebec shooting, the IMO killing, the London deadly attack and many more happened under your watch.

Our Canadian Muslim community demands that you announce today key actions that will be taken immediately following the National Summit and to commit to other medium and long term actions and policy changes in your government.

In closing, I want to acknowledge that I am speaking from the traditional lands of  the Neutral, Anishinaabe, and Haudenosaunee peoples. I have purposely deferred this acknowledgement to the end to highlight that acknowledgement of past wrongs is only a beginning, not an end; a gesture, not an act.

We need immediate action to dismantle Islamophobia in Canada once and for all. 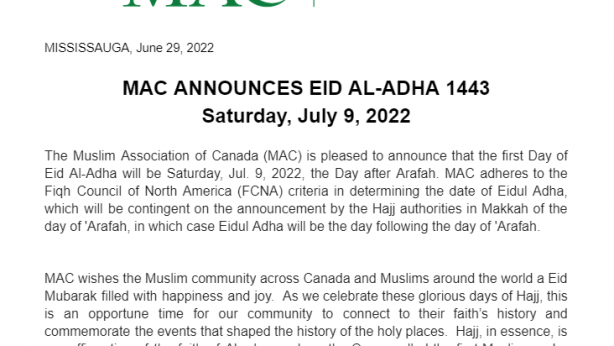 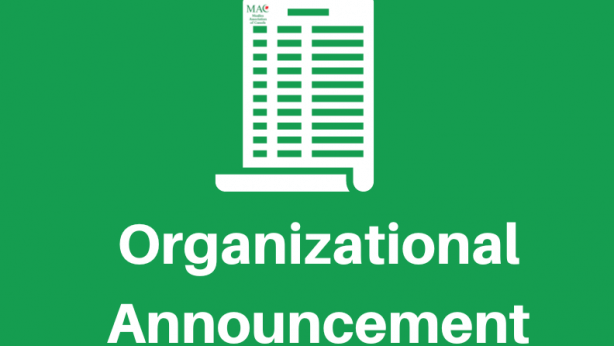