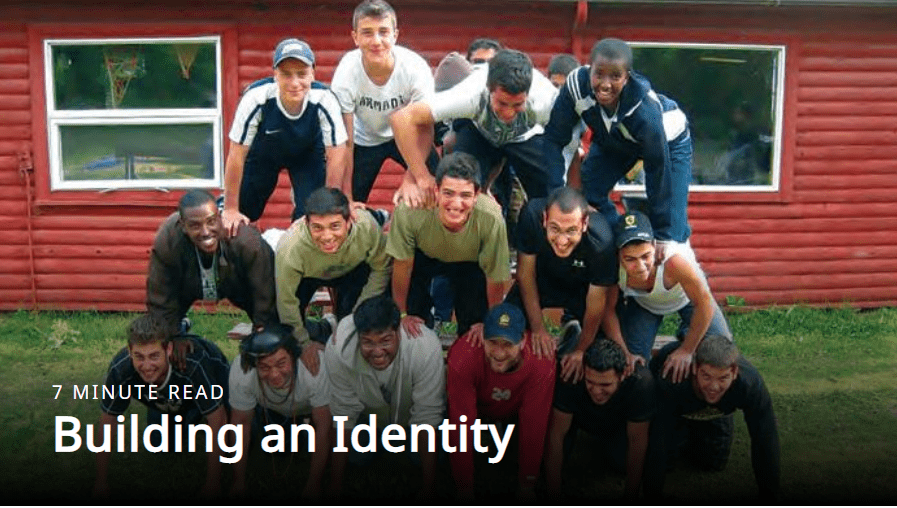 Many of these new arrivals, primarily students with a strong sense of Islamic identity who wanted to pursue higher education, eventually settled down and developed a vision for a permanent Islamic presence here.

During the 1960s and 1970s, the revival of Islam and the Muslim identity in Muslimmajority countries was either being supported or suppressed for political reasons. Many international university students shared a common desire to revive Islamic principles and started on-campus Muslim Students’ Associations (MSAs). Desiring to remain involved in MSA’s work after graduation, their aspirations to start families drove them to engage in community work through ISNA, ICNA (the Islamic Circle of North America) and other newly

The post-MSA group connected with immigrant families arriving during the 1980s and 1990s. These immigrants, who also wanted to preserve their cultural and religious identity, were seeking to develop and uphold an Islamic identity for themselves and their successors. This would give rise to a common Islamic bond that would supersede other nationalistic ties.

During the late 1990s, Muslim individuals and families in Canada grasped that they needed their own vision — one that enabled those who came after them to build a strong sense of Islamic identity and civic engagement. One group of families realized that such a vision, to be successful, must include grassroots mobilization and developing an actual nationwide presence through mosques, schools and community centers.

This undertaking required people who possessed specific characteristics as translated from the Quran: “By the passage of time. Surely humanity is in [grave] loss, except for those who have faith, do good, and urge each other to the truth and urge each other to perseverance” (103:1-3). Among them are remaining focused on Islamic work; dedicating themselves to developing a vibrant Islamic presence; formulating a regimen of constant personal development to maintain that internal spark; building mutual trust, connection, support and celebrating successes; sharing a common understanding of Islam and how to live and build it; nurturing a sense of collective commitment and cooperation to foster resilience and perseverance; and believing that collective action can bring about sustained, meaningful outcomes that individual efforts cannot.

These foundational characteristics would define the type of builders who would seek to implement the Prophet’s (salla Allahu ‘aalyhi wa sallam) life in realizing this vision for Islam in Canada.

The Muslim Association of Canada (MAC; https://www.macnet.ca) was founded in the late 1990s by a group of families. They were focussed on establishing a spiritual and physical presence across the country through strenuous, yet humble, efforts. MAC realized the importance of grassroots mobilization at the local level, which would simultaneously be connected to a national structure, capable of national mobilization. Physical spaces were critical to this framework. A physical space of gathering, of feeling community and of communal ownership is necessary to providing the spaces integral to a healthy identity. MAC’s members strove to connect deeply with one another to grow spiritually and to build a sense of trust; form strong, cohesive bonds among their respective communities; and create a physical presence by developing mosques, schools, centers and institutions.

Throughout the 1990s and early 2000s, MAC established several chapters in major cities and worked to build institutions in these chapters. The institutions would aim to become spaces of gathering, worshipping and providing services. It should be noted that, at this time and despite their own efforts to build financial stability, families would often ration from their monthly budget to help pay for the purchase of schools and centers. Building an Islamic presence in Canada was not a matter of choice, but a matter of survival.

When MAC articulated its mission and values statements, it was important that it was relevant, resonated with Canadian Muslims and, most importantly, embodied MAC’s core values. “Our mission is to establish an Islamic presence in Canada that is

AT A TIME WHEN CRITICAL THINKING AND THE UNDERSTANDING OF AN ISLAMIC IDENTITY IS STRONGLY IMPACTED BY SOCIETAL SHIFTS, A NATIONAL ORGANIZATION NEEDS TO BE CONSISTENTLY COGNIZANT OF THE BALANCED AND PREVALENT UNDERSTANDING OF ISLAM THAT IT IS FOUNDED ON. THIS MEANS STAYING RELEVANT YET ANCHORED IN MAC’S CORE VALUES AND MISSION.

balanced, constructive, and integrated, though distinct, in the social fabric and culture of Canada.”

MAC recognized that its focus of realizing this mission would primarily be through education and community services centered first and foremost on personal character development, and then on civic engagement and service for the sake of God. A consistent peer-to-peer model of learning that focuses on spiritual development and striving to be God-centered in every moment of life is a defining principle of personal development in MAC. MAC saw education as the means to impact, empower and mobilize Muslim Canadian citizens to make meaningful contributions within whichever sphere of influence they are engaged — personal, professional, academic, community or other spheres.

MAC continues to focus on making an impact through education. Its full-time schools, which seek to develop God-centered individuals, started with elementary schools and slowly added middle and high school classes. This year, MAC celebrated the first set of students that completed their entire K-12 education through MAC schools.

A crisis puts an organization’s true capabilities and capacities to the test. Within a few weeks of the nationwide shutdown due to Covid-19, the youth quickly mobilized MAC Community Foodshare programs across 10 major cities to distribute groceries and basic hygiene packages to local individuals and families. The rapidly growing project raised over C$230,000 and delivered 10,000 packages nationwide.

MAC has been pushed to creatively conceive and deliver an Eid celebration unlike any previous one. It created and streamed a spiritually inspired, family-friendly and celebratory nationwide live program to nearly 20,000 homes. Personal messages from major political party leaders, including Prime Minister Justin Trudeau, were featured. Finally, as the provincial governments announced the phased opening up of community spaces, MAC partnered with provincial political leaders to lead the protocols for safely reopening mosques and educating mosque leaders across the country about these protocols.

MAC’s partnership and mobilization initiatives over the past few years have included community events with other faith groups, Islamic centers and organizations, local shelters and food banks and Canadian Blood Services, as well as projects and studies with local universities, hospitals and environmental groups. Each Eid, MAC’s eleven chapters serve their respective communities with a family Eid event that gathers major politicians, community leaders and families for daylong celebrations serving up to 15,000 attendees.

MAC has spent decades working to both establish itself and to respond to societal changes. During this time, one thing has become very clear: the diverse representation and, therefore, needs of the very diverse Muslim Canadian community. While diversity is certainly a blessing, it is also accompanied by a complexity that must be considered within the organization’s identity and work.

At a time when critical thinking and the understanding of an Islamic identity is strongly impacted by societal shifts, a national organization needs to be consistently cognizant of the balanced and prevalent understanding of Islam upon which it is founded. This means staying relevant yet anchored in MAC’s core values and mission. MAC’s journey and achievements as an organization over the past 20 years are through God’s benevolence. MAC’s greatest capital is developing sincere Muslim Canadians with the correct, balanced understanding of Islam who live the core principles of collective mobilization and work together to willingly sacrifice their time, money and efforts to build on the vision of Islam, as was the Prophet’s mission. “Whoever submits themselves to God and is a good-doer, they have certainly grasped the firmest handhold. And with God rests the outcome of all affairs” (31:22).

MAC believes and hopes that collectively Muslims can join to bring good to each other and for the communities that surround them. May God continue to provide such opportunities. “As for those who struggle in Our cause, We will surely guide them along Our Way. And God is certainly with the doers of good” (29:69). ih