Smashed window the 6th incident being investigated at Toronto mosques 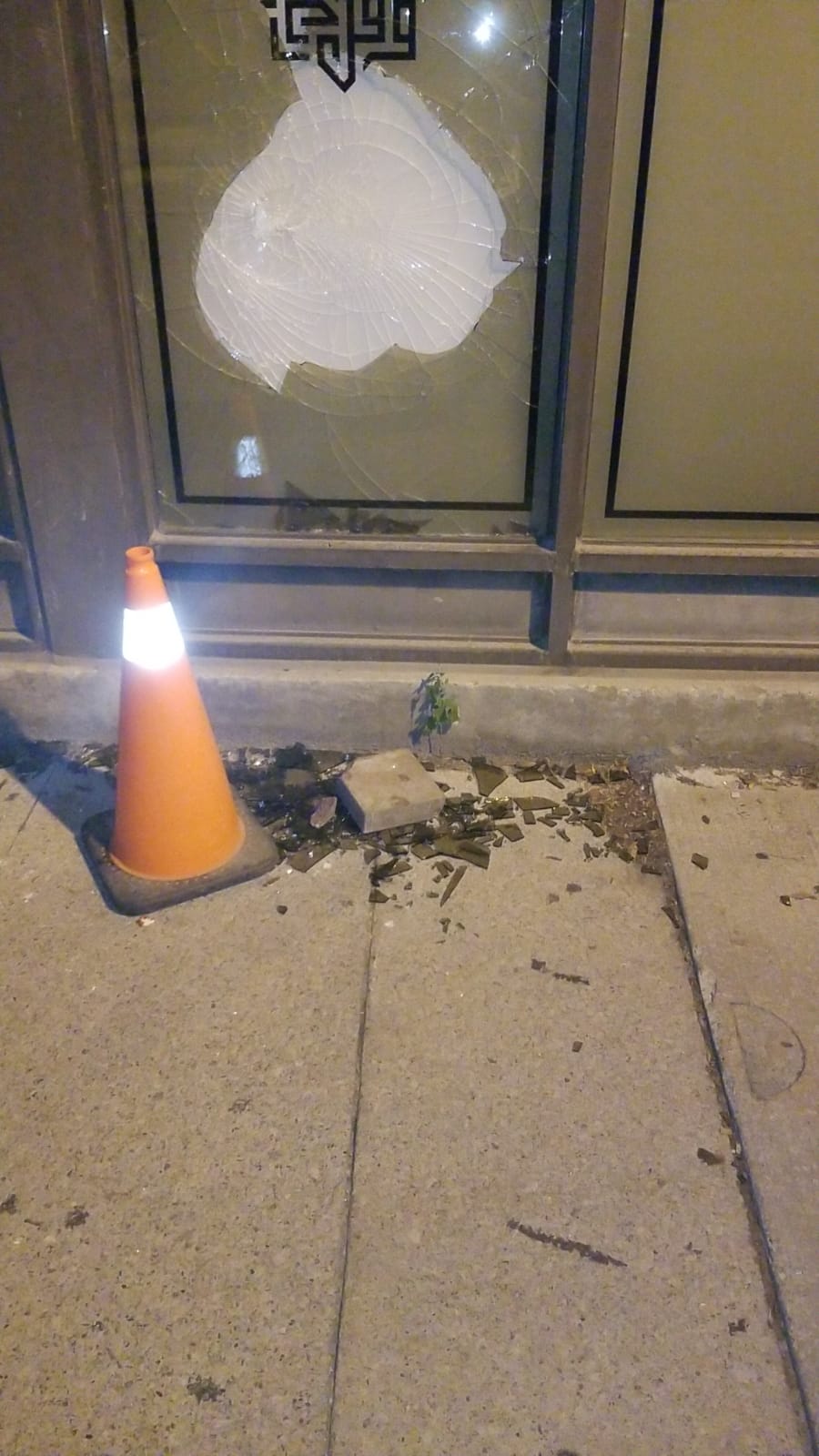 Smashed window the 6th incident being investigated at Toronto mosques

There are fears the smashing of a window could be the latest hateful action directed at a downtown Toronto mosque, a spokesman for a Muslim community group says.

Muslim Association of Canada’s Mariam Manaa said someone broke a window around 9:35 p.m. Monday while a staff member was inside the Masjid Toronto mosque at 86 Adelaide St. E., near Church St.

A passerby called police, who are investigating.

“Our concern is there is a series of attacks,” Manaa said. “We’ve had an increase of online hate towards the mosque. We’re worried these incidents have stemmed from this.

“We’re concerned about the safety of the community, the staff and any possible people that would be walking by.”

The MAC reported this is the sixth attack on two of the Masjid Toronto mosques — three at Adelaide St. E. and three at 168 Dundas St. W. — in the span of three months.

The association said the July 29 incident was the first incident. A staffer was alone in the building cleaning and heard a loud bang near the entrance. The worker saw a white man running away and called 911.

The MAC said there were three other incidents on June 2, 13 and 14 involving graffitti and broken windows.

The association said in a statement it is concerned that Toronto Police treated the arrest as mischief because “mischief is not the intention of these attacks. The first four attacks have not been resolved to date.”

Manaa said the Muslim community has called on interim police chief James Ramer to address these attacks “and further investigate these hate incidents and Islamophobic acts towards our community, find the perpetrators, hold them accountable and protect the mosque and Muslims from future attacks.”

Toronto Police spokesman Connie Osborne said the service is aware of several reports of damage and mischief since June 1 at the two mosques.

Currently there are six investigations and two arrests have been made so far, she said.

“Our hate crime unit has been made aware of the incidents and continue to support the investigations as needed,” Osborne said.

“Toronto Police Service members from 51 and 52 Division have met with members of the mosques and will continue to work with them and update them on the incidents. If further incidents have taken place, or anyone has information about the ongoing investigations, we would urge them to contact police.”

Premier Doug Ford tweeted he was “horrified” to learn about the attack and said these violent incidents “must end.”

“There’s no place for these disgusting actions and behaviour. We will find who’s responsible and get justice for all those affected,” he said.