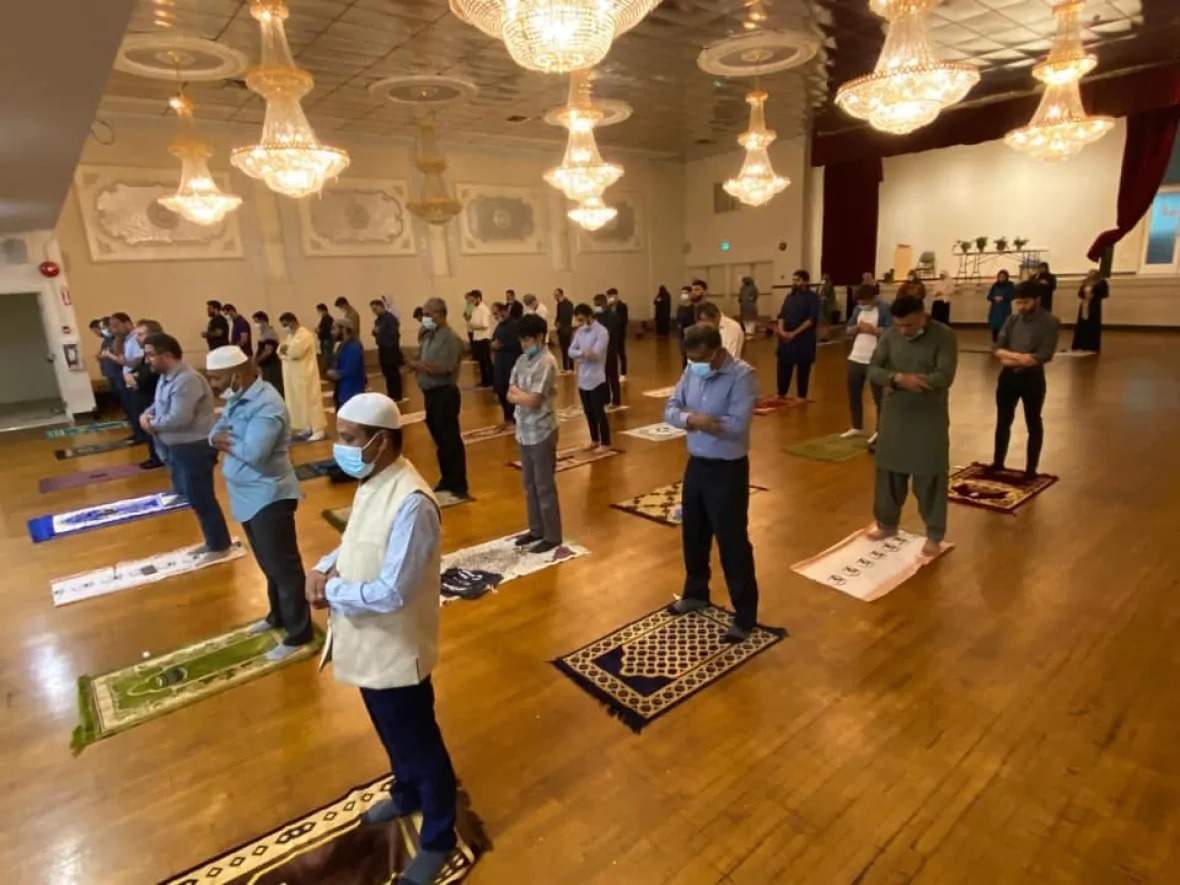 It’s known as the Feast of Sacrifice, and Eid al-Adha is usually celebrated by Muslims around the world with prayers and feasting at mosques — but COVID-19 has changed this.

This is the first Eid al-Adha since the onset of the global pandemic. The major Muslim holiday, which marks the end of the hajj pilgrimage to Mecca, commemorates the prophet Abraham’s pledge to sacrifice his son as an act of obedience to God.

While celebrations usually begin with a morning prayer, many B.C. Muslims did not pray shoulder-to-shoulder Friday morning.

In past years, Muslims in the Lower Mainland have packed large venues to pray on the holiday, such as B.C. Place and the Vancouver Convention Centre.

This year, pandemic health and safety measures mean mosques are holding multiple prayer sessions either with strict limits on how many people can pray together. Some Muslims have also chosen to pray outdoors to reduce the risk of spreading the coronavirus that causes COVID-19.

“We are trying to do whatever it takes to protect the community in here and celebrate Eid as well,” said Ibrahim Al-iadah, co-ordinator for the Muslim Association of Canada’s (MAC) Vancouver chapter.

Al-iadah said at the MAC Centre, the morning prayers have been divided into three sessions for a maximum of 50 people per session, all of whom had to register in advance. No children or people over 60 are allowed to attend.

Everyone who does attend must bring their own prayer mat and physically distance inside the mosque.

It is a holiday where people often hug, shake hands and embrace each other but that, too, is not permitted at prayer sessions.

“By now, it’s a habit for people … so I think we are safe,” Al-iadah told CBC’s The Early Edition on Friday.

He added that the Muslim community celebrated Eid al-Fitr, which marks the end of Ramadan, in May under similar circumstances.

Eid al-Adha is the second major Muslim festival after Eid al-Fitr and is celebrated at the end of the five-day pilgrimage to Mecca all Muslims who have the financial and physical means are obligated to make once in their lifetime.

An estimated two million Muslims make the journey to Saudi Arabia annually, but this year pilgrims have been prohibited from taking part in the hajj due to the pandemic.

Al-iadah said that has been a disappointment for two members of MAC, a husband and wife he said were planning to go to Mecca this year having waited over a decade for an opportunity.

But, he said, they are doing their best to be positive about it.

“In Islam, what matters is the intention. If you have intention of going, of doing something good, and you didn’t get to do it because something came up, something happened … you still get rewarded for it as if you went,” said Al-iadah.

To hear the complete interview with Ibrahim Al-iadah on The Early Edition, tap here.

With files from The Early Edition, The Canadian PressCBC’s Journalistic Standards and Practices|About CBC News