After days of fasting, it’s a time many in the Islamic community look forward to celebrating.

“Muslims in Canada and around the world will celebrate Eid al-Fitr,” Prime Minister Justin Trudeau said.

“Eid al-Fitr marks the end of Ramadan, a month of fasting and prayer. It’s a time to give thanks and show compassion and generosity to those in need.”

“Every mosque or every hall in the community is filled with thousands of people,” said Yasin Cetin with the Muslim Association of Canada on Sunday.

“Usually, our prayer reception is followed by a festival, so it’s like a carnival, we have entertainers, food trucks, everything like that.”

But not this year, with public health restrictions due to the COVID-19 pandemic limiting large groups.

“Let me thank all Muslims in Alberta for having done so much to change your usual observance of Ramadan,” Premier Jason Kenney said.

At one Edmonton mosque, prayer services were still held but looked much different than years past.

“Although we have 50 people gathered in a mosque at a time for Eid prayer, we have folks spaced out six to eight feet apart. We have people bringing in their own prayer mats, folks with gloves and masks and sanitation stations up front as people are coming in,” Cetin said.

Instead of giving and receiving gifts and candy in person, the Rahma Mosque set up a drive-thru to hand items out, but it wasn’t quite the same.

“It’s been challenging for sure, there’s no denying it, because this is a day when everyone comes together,” resident Faraz Ahmed said. “Imagine Christmas morning, everybody comes together, opens presents, families have dinners the night before, so its pretty much the same concept.”

Community members look forward to next year, hoping to celebrate like they have in years past. 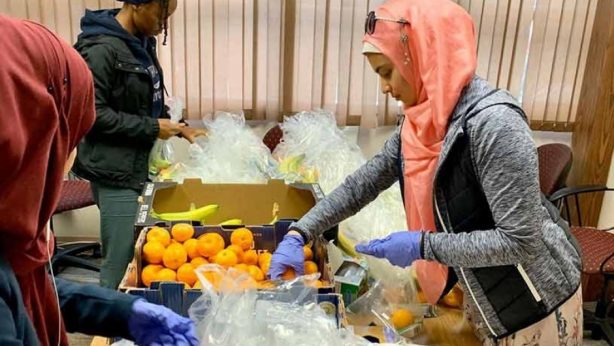 Message of the Executive Director – August 2020