sana
In the News 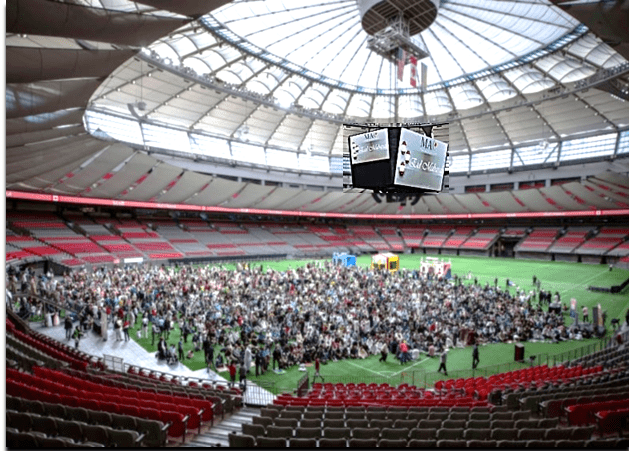 More than 8,000 Muslims gathered Tuesday morning to pray at BC Place

It wasn’t a concert or sporting event that prompted thousands of people to line up outside BC Place Tuesday morning.

The lineups were for a mass celebration of Eid al-Fitr, which marks the end of the fasting month of Ramadan.

Muslims from across Metro Vancouver gathered at Canada’s third largest stadium to offer prayer, bid farewell to Ramadan, and welcome a festival that begins with the sighting of the new moon.

Eid al-Fitr translates as “the festival of breaking of the fast.” Ramadan includes fasting from food and drink from dawn until sunset. Fasting during Ramadan is one of the five pillars of Islam, which also include prayer and charity.

According to a 2011 Canadian National Household Survey, there are more than 1 million Muslims living in Canada, making it the second largest religion in the country.

After morning prayer — which is usually held in a mosque but can also be held in public spaces such as a park or indoor venue — the community will gather for a feast at various places. Families will open their homes to the community and offer a plethora of food and treats.