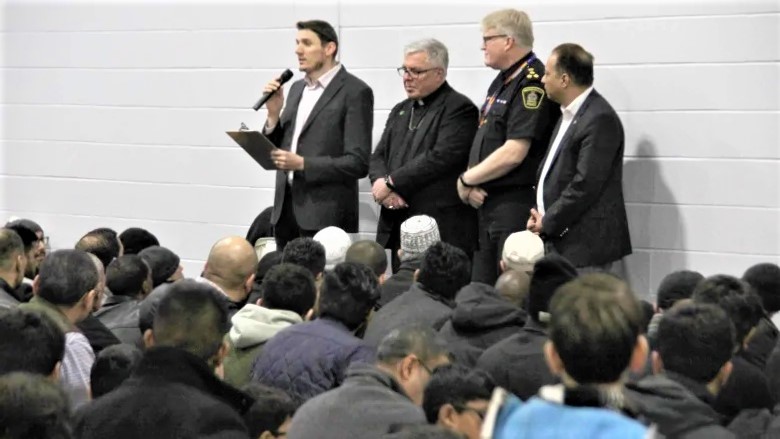 ‘Our region is very safe so far. We’ve never had any issue or problem,’ masjid manager says

Muslims attending prayers on Friday at the Kitchener Masjid said they feel safe in Waterloo region, but they remain vigilant after attacks on two mosques in New Zealand killed 49 people.

“We feel very safe. Our region is very safe so far. We’ve never had any issue or problem,” said Mirsad Kaplani, manager of the Kitchener Masjid.

He said police had stepped up patrols in the area and at the noon prayers Friday, an officer and Chief Bryan Larkin were in attendance.

“That shows the support. And people appreciate that, when they see the support from all levels of leadership in our community,” Kaplani said.

Larkin offered his condolences to those in attendance.

“It’s simply unacceptable,” he said of the attack. “We’re here to support you.”

Kitchener Centre MP RajSaini also addressed those in attendance and said he’d been to the mosque to celebrate and to mourn. He called the intolerance and hate that led to the attacks in New Zealand “a darkness.”

“We must stay strong as a community,” he said.

The mosque is planning an open house Saturday at 7 p.m. Kaplani said everyone is welcome to join them for a prayer and gathering afterwards.

An interfaith vigil was also planned for Friday night.