For Canadian Muslims, second pandemic Ramadan is a time of hope and sadness 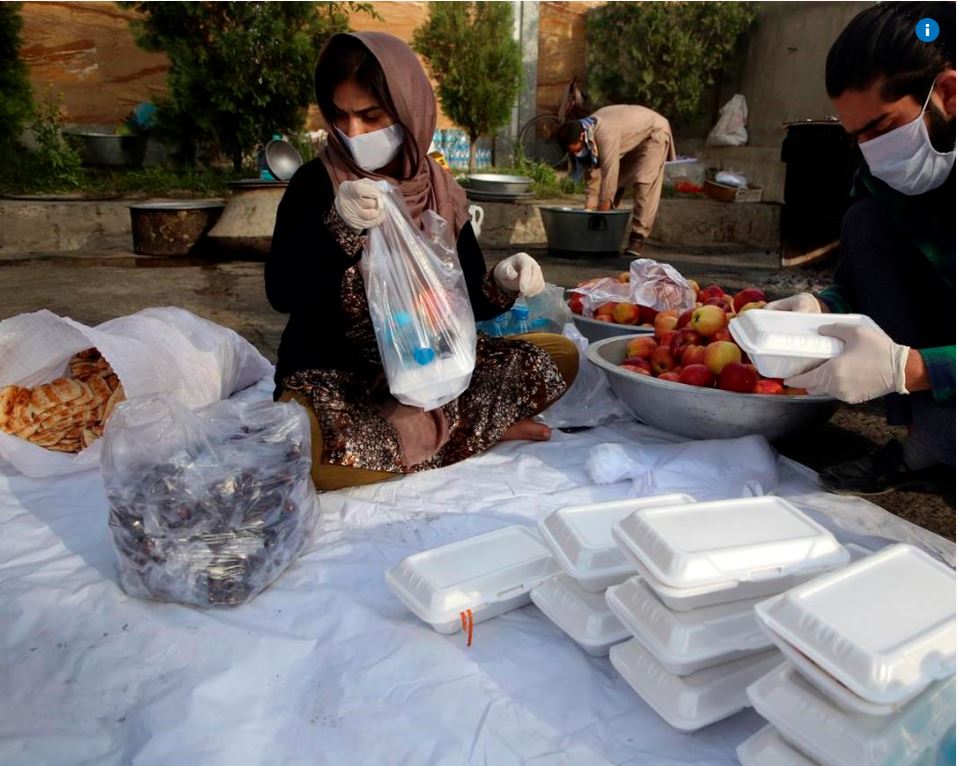 MONTREAL – Bilal Abdul Kader, president and founder of the As-Salam mosque in downtown Montreal, said his mosque has been serving meals during the holy month of Ramadan for 15 years.

The Iftar evening meal, when Muslims break the daily Ramadan fast, has offered a chance for mosque members to come together and share food with the broader community and people in need, he said in a recent interview.

Iftar “has a religious aspect, a social dimension, and of course, a personal sense, because when Muslims share their meals with someone else, they get double the reward of the fast itself,” Abdul Kader said.

But this year, like the year before, Iftar will be a takeaway meal at the As-Salam mosque because of the COVID-19 pandemic.

With the second Ramadan of the pandemic likely beginning on Tuesday, Canadian Muslims say they’re approaching the holiest time of the year with a mixture of sadness and hope.

Ramadan is normally a time for self-improvement, for getting together with others to pray and for a “joyous sharing” of meals, Boufeldja Benabdallah, co-founder and spokesman of the Islamic Cultural Centre in Quebec City, said in a recent interview.

Normally, he said, Muslims do supplemental prayers that can last until 11 p.m. during the holy month. That likely won’t be possible this year due to government-imposed measures intended to contain the spread of the virus.

A curfew is in place in Quebec City, Montreal and several other cities in the province, requiring residents to stay home between 8 p.m. and 5 a.m. The measure makes it impossible for Muslims to be inside a mosque for three of the five daily prayers.

“It’s important to pray together, because God told us he created us to be together.” Those group prayers can’t be done remotely, he explained, adding that Muslims will have to pray by themselves or the people they live with.

Some aspects of the religious ceremonies can be moved online, he said, adding that some sermons and religious discussions will be conducted through the Zoom platform. His organization is also trying to find ways to “do good from a distance.”

“It’s not completely lost, but it’s sad,” Benabdallah said. “We can discover other ways to experience Ramadan, but we can’t share a glass of milk and a date with someone else, except the family — that’s punishing, that’s very difficult.”

That will make things very different from the usual Ramadan according to Memona Hossain, a spokeswoman for the Muslim Association of Canada.

“This is the time when the mosque is buzzing, and it’s not just buzzing for a couple of hours, it’s buzzing right through the night,” she said. “Late into the night, the mosque is filled with parents and children; people are praying together, eating together, all of these things, so people really, really miss that.”

Many members of the association are trying to find ways “to help people stay connected to one another as a community, as well as to the mosque, and feel that spiritual connection during the month of Ramadan,” she said.

Those ways, she said, range from activities for children and online religious events, to food donations and blood drives. “The creativity has been phenomenal,” she said.

In Edmonton and Calgary, mosques will broadcast the call to prayer from their loudspeakers once a day during the holy month.

One of them is the Al Rashid mosque in Edmonton. Noor Al-Henedy, the mosque’s communications and public relations director, said many of the traditional Ramadan activities will move online this year and with warmer weather, some people are praying together outside.

On Saturdays and Sundays during the month, the mosque plans to deliver meals to 500 people, particularly seniors. She said it’s a way to check in on people who may have a harder time participating in online activities.

“They have been the most isolated through this pandemic, considering that they are the most vulnerable,” she said.

But while many are focusing on the positive, there is also frustration.

In Montreal, Abdul Kader said he doesn’t understand why the Quebec government has changed capacity restrictions for places of worship multiple times in recent weeks.

In mid-March, the provincial government said places of worship would be allowed to welcome 25 people, up from 10, before changing the limit to 250 people. Less than two weeks later, that number was reduced to 25.

He said he also doesn’t understand why the capacity is the same no matter the size of the building.

“We don’t have much choice except praying for people, praying for the vaccination to move faster so every vulnerable person gets two doses to be protected,” Abdul Kader said.

Previous Story
Montreal Muslims forced to adapt again for Ramadan without social gatherings
Next Story
Permissibility of Vaccine and its administration in Ramadan by Dr. Jasser Auda