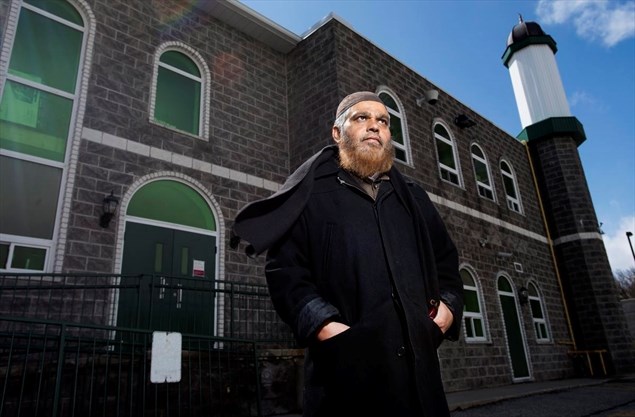 WATERLOO REGION – With mosques temporarily closed and people ordered specifically not to gather in groups, the month of Ramadan will likely have a different feel to it this year.

The holy month for Muslims begins on Friday and will last for 30 days. The annual observance involves people fasting between sunrise and sunset and engaging in spiritual contemplation. While the spiritual practise is generally seen as a personal one, it is also involves coming together as a community. That will be challenge this year due to the COVID-19 pandemic.

“People will be finding creative ways to observe Ramadan this year,” said Sarah Shafiq, a project co-ordinator with the Coalition of Muslim Women K-W.

By fasting during the day, those observing Ramadan will feel the pangs of hunger and thirst, just like many experience regularly around the world, she said. This hunger and thirst encourages people to truly appreciate what they have.

“It’s a 30-day bootcamp in which regular routines are completely disrupted, and it really makes us think of who we are, where we’re at, what needs to change, which habits need to be dropped, which good ones need to be adopted.”

During Ramadan, when the sun sets, people will come together to break their fast, gathering at mosques or in people’s homes. This year will be different.

Abdul Mannan Syed, Imam of the Waterloo mosque said observing Ramadan during this pandemic will present challenges for some, but others may see a benefit in staying home and eating with family members.

For him, this will be the first Ramadan he’ll get to spend eating and praying with his children at the end of the day. Usually he’s busy with the community during the holy month.

For hundreds of students and youth who would typically gather at the mosque to share in food and drink at sundown, this may be a more difficult time, he said.

“It will be felt very much in our lives, this Ramadan, but I think we will pass this period.”

Nightly prayers and virtual sermons will be livestreamed, and posted online. Over the next month, the number of video gatherings will increase to keep the community connected, he said.

Mohammad Darr, who sits on the board of directors at the Islamic Centre of Cambridge, said the forced isolation during the pandemic is challenging but it helps put things into perspective. In some areas of the world, like in Kashmir or Palestine, Muslims are regularly forced to stay at home, prevented from attending the mosque.

Last year fundraising during Ramadan helped fund the operations of the Cambridge centre. This year a fundraising campaign has been moved online, but it’s unclear how effective it will be.

“We’re doing what we can, and hopefully this will all be over,” he said. “We always say inshallah, meaning God willing.”

Besides fasting and spiritual contemplation, giving back and charity is another big part of Ramadan. Muslims are obliged to give away 2.5 per cent of their yearly savings, and this is often done during the holy month.

People are motivated to give when they’re connected to their community, said Asif Manzoor, head of the Kitchener Waterloo chapter of the Muslim Association of Canada (MAC). Not being able to gather may impact the level of donations projects receive, he said.

In previous years, food drives in support of food banks have been held during Ramadan and this year, in response to the pandemic, MAC launched a campaign called Food Share. It will run throughout the holy month, collecting donations to provide meals to the most vulnerable members of the community.

Human connection is so important, especially during Ramadan, he said. This year that connection will have to be experienced online.

“Seeing each other’s faces, tuning in and listening to what they would normally listen to in Ramadan, it spiritually uplifts people and gives them the sense that we’re all in it together.”