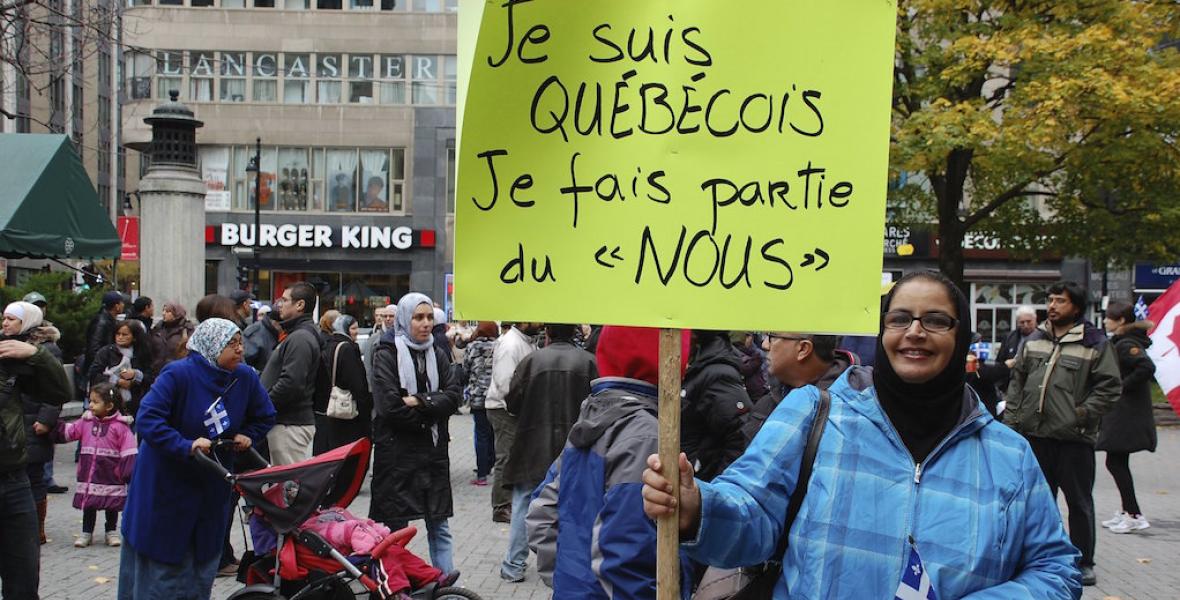 With the passing of Bill 21 into law in Quebec last month, members of several communities are reeling over the profoundly disappointing decision by the Coalition Avenir Québec (CAQ) government to limit freedoms for its citizens.

As the manager of the Muslim Association of Canada Laurentien Community Center in Montreal, I have heard from countless Muslims in my community who are now worried about access to jobs, the livelihood of their families, the future for their children and how the new law sets a discriminatory legal precedent that will bring darker days for Québécois of all stripes. When someone’s freedom is limited, we all lose as a society.

I’ve lived in Quebec for 18 years and completed a master’s degree in science from Université du Québec. I am a proud father of four Québécois children. I am driven by my role as a community organizer to serve those around me in this province that is our home. Today I stand aghast at what the impact of this new law will mean to members of faith-based communities, especially Muslim women. For example, those studying to complete their degrees in education who wear the hijab, the turban, the kippah and other completely innocuous religious symbols are now unsure if their investment in their education and their communities will go to waste.

The societal issues that come from this are numerous. Visibly religious Québécois who work in other public positions will become limited in their ability to make meaningful contributions to their society in the vocations they have chosen. The sudden surge in employees who leave the public sector and move to the private sector or to another province where they can continue their career and freely express their faith will result in a significant gap.

Muslim communities in Quebec are proud of their Muslim-Québécois values, identities and shared cultures. Muslims have proudly contributed to the building of this province and country. It seems, however, that the government of Quebec is intent on severing that by excluding an important segment of society through thinly veiled attempts to reduce religious literacy in society. As Québécois, we are worse off when there are fewer diverse expressions of belief, practice, and cultural experiences in society.

Secular society — on which both Canada and Quebec are built and which purports to be neutral — should refrain from militancy in trying to evacuate the public sphere of diverse identity markers. The irony that I, the manager of a community organization run by the Muslim Association of Canada (MAC) — which has always been at the forefront of cultivating a balanced understanding of Islam across the country — am now cautioning the Quebec government against the extremism of its ideology is not lost on me.

This political move comes with a heavy cost. It is not only job security that is at risk here: social cohesion has been disrupted and the door to overt discrimination in society has been flung open. This law is now an international embarrassment for our province, where the prime minister has issued a biting criticism, stating that the government should not be legislating what people wear.

So what can ordinary Québécois and other Canadians do in the face of this affront? Faith communities need to band together — Muslim, Christian, agnostic, Jewish, Sikh and others — to call for a reversal in this policy and demand an end to discriminatory governance. Together with our neighbours in Quebec, MAC has joined the Coalition Intrusion Quebec, which has advocated for our citizens at Parliament and in community hearings. We have even formed human chains around houses of worship and other acts of solidarity. Whether you launch a community letter-writing campaign, organize a strike in defiance of the policy or some other form of action, be sure that your solidarity loudly proclaims: we will not stand for this. We can take lessons from the 2015 federal election when Canadians said no to scapegoating particular racial groups, a campaign tactic that many elected officials voted out of office regret today and for which they have publicly apologized to their constituents. Those affected by Bill 21 are not alone. We will fight it together to protect the Canadian pluralism we all deeply value.

The role of government with or without a majority should be to preserve and protect the dignity of all citizens while actively encouraging peoples’ freedom of religious expression as they contribute to society — not in spite of their faith, but because of it.

Samer Elniz is the centre manager of the Muslim Association of Canada’s Laurentien Community Center in Montreal.